8 Inspiring People With Diabetes Who Make A Difference

If you have diabetes, you’re probably already aware of some of the big-name celebrities that have type 1 or type 2. Perhaps your friends have let you know that “so-and-so” has diabetes in an effort to encourage you on your bad days. Many folks are aware of A-list diabetics like Tom Hanks (type 2), Larry King (type 2), or Nick Jonas (type 1). And British Prime Minister Theresa May recently made headlines after her type 2 diagnosis was changed to type 1.

But there are so many people with diabetes doing amazing things, and it’s not just world leaders and superstars that inspire us. We wanted to share a list of people you may not have heard of, because be it in sports or TV or just everyday life, people with diabetes are making a difference everywhere!

By no means is this an exhaustive list, but here are 8 people living with diabetes that inspire us! 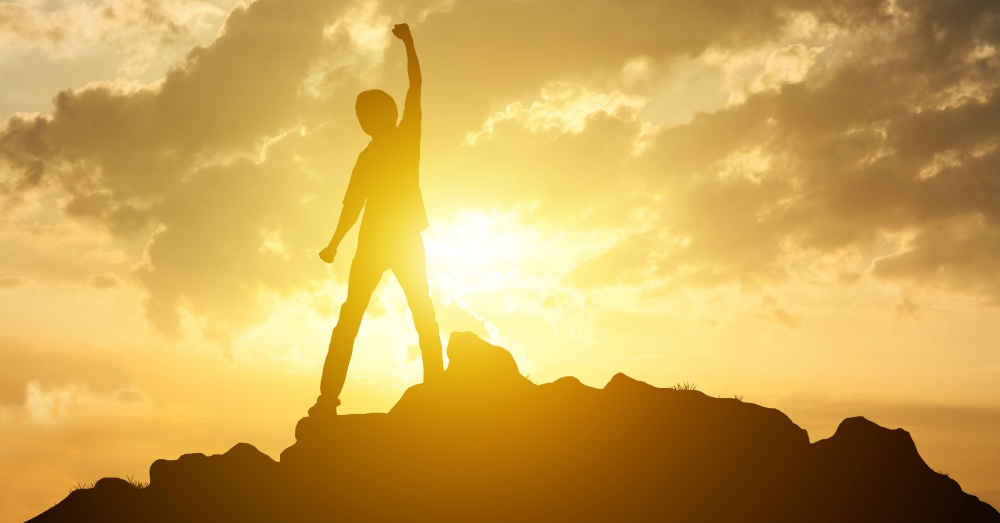 In 1993, Nicole was diagnosed with type 1 diabetes. She was told she should drop out of college, move home, and choose an easy, low-stress career path. She was crushed when doctors said that she wouldn’t be able to start a family.

But in 1999, Nicole became the first person with diabetes to be crowned Miss America. She wore an insulin pump leading up to the pageant, and she was an advocate for diabetes research and better insurance coverage for diabetics during the competition.

Nicole now has her doctorate degree and two master’s degrees, and she runs a program at the University of South Florida designed to help those with prediabetes live healthier lifestyles. And in 2006, she became a mother to a healthy baby. Nicole told Diabetes Daily, “Early on, I let my diabetes control my life. Now, I control diabetes.” 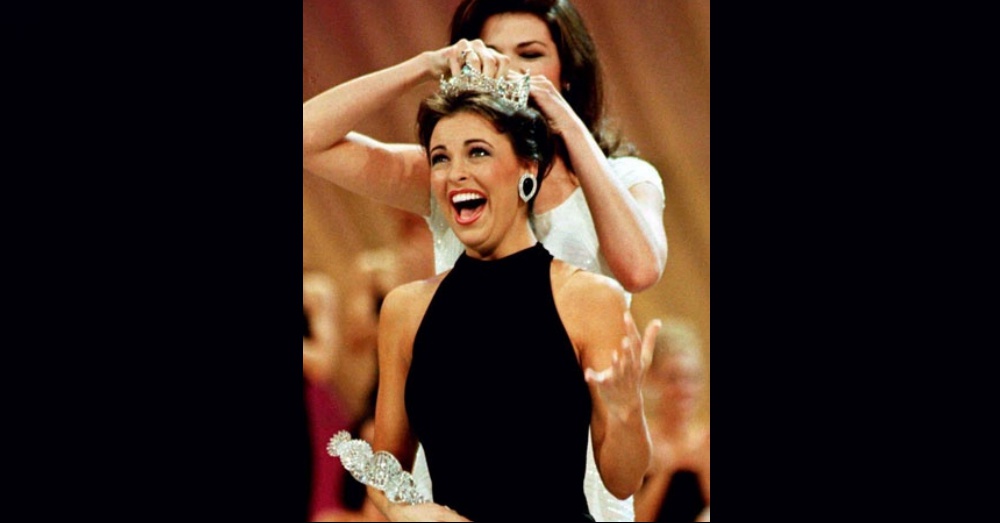 Perhaps you have heard of this talented, “divabetic.” Patti Labelle is a two-time Grammy-winning soul singer and actress. She found out that she has type 2 diabetes after passing out during a performance in New York. Patti has a family history of type 2, and her mother passed away due to complications from the disease. Now Patti is working hard to maintain healthier eating habits so that she can go on doing what she loves.

Post-diagnosis Patti acted in the Oscar-nominated movie A Soldier’s Story and competed on Dancing with the Stars. She is also now a member of the American Diabetes Association’s Celebrity Cabinet. But music remains Patti’s first love. She is working on more albums, and we’re looking forward to their release! 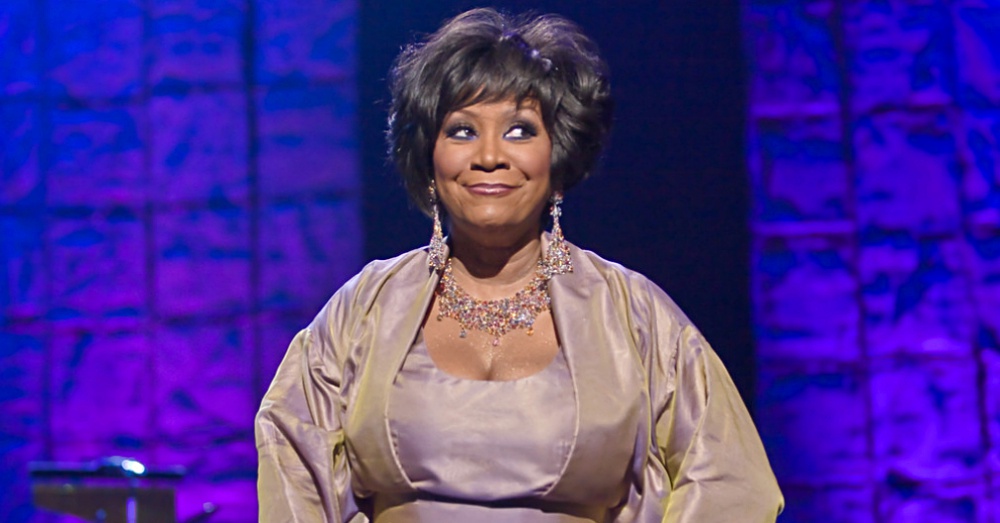 Gary Hall Jr. was diagnosed with type 1 diabetes in 1999 while he was training for the 2000 Olympic Games. He’d already won four medals in different swimming events at the 1996 Olympics and was chasing his first gold medal in an individual event. But after his diagnosis, doctors thought that he wouldn’t be able to compete at the same level.

But in 2000 he won his first individual gold medal for the 50 meter freestyle swim, and he did it again, breaking his record, in 2004. His training plan had him swimming up to 8 hours a day, and he had to get out of the water every 45 minutes to check his blood sugar.

“Diabetes doesn’t have to stand between you and your dreams,” Gary told the Diabetes Research Institute. Gary has started a foundation that supports cure-focused research and he travels around the country speaking at diabetes fundraisers. 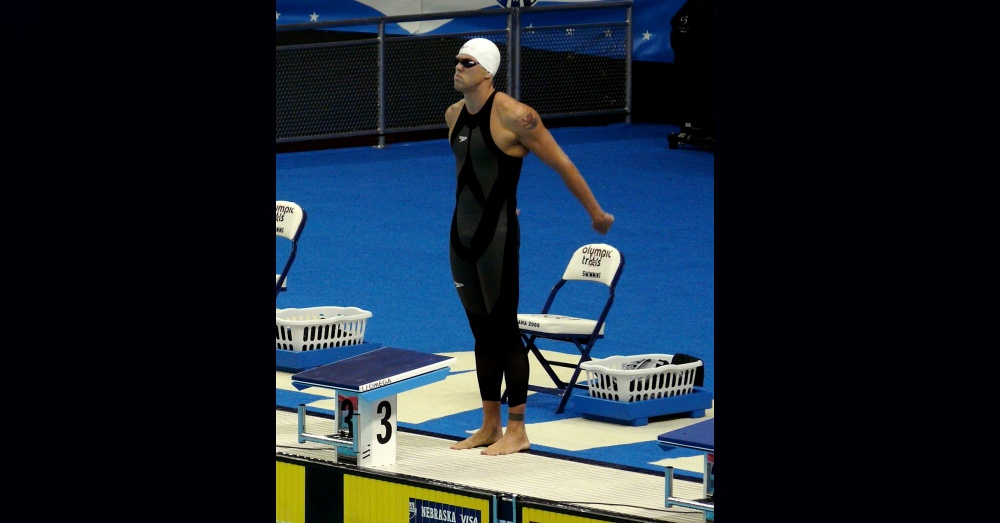 Jay Cutler played football so successfully in college that he was drafted by the Denver Broncos in 2006. But in 2007 he experienced unexplained weight loss and extreme fatigue. In 2008, at 25 years old, he was diagnosed with type 1 diabetes.

Jay worked hard to get the hang of managing his blood sugar while playing football and spent a summer testing how his body would react to insulin during a football game. Apparently he figured it out, because he went on to play with the Chicago Bears for 8 more seasons. While with the Bears, Jay received the “Most Career Game Winning Drives” (2009-2014) and “Most Pass Completions in a Single Season” (2009) awards. Jay encourages others that, “You can live with diabetes and still live the way you want.” 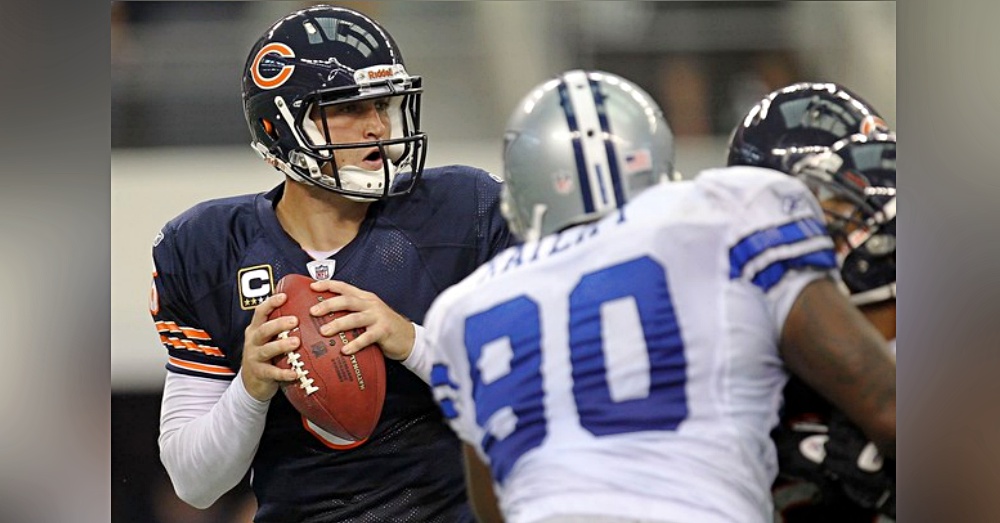 Before Venus and Serena, there was Billie Jean King. This tennis superwoman won 39 Grand Slam titles during her career. She is considered one of the greatest tennis players of all time and was inducted to the Tennis Hall of Fame in 1987.

But it’s not true that athletes can never get type 2 diabetes (or that type 2’s can’t be athletes). Billie was diagnosed with type 2 in 2007 after her professional career had already ended. She made diet changes and started taking metformin to stay healthy. In 1998, she established the Novo Nordisk Donnelly Awards that encourage children with diabetes with exercise and lead active lives. She was an advocate even before her diagnosis! “Anyone can develop diabetes,” she said, “even an athlete.” 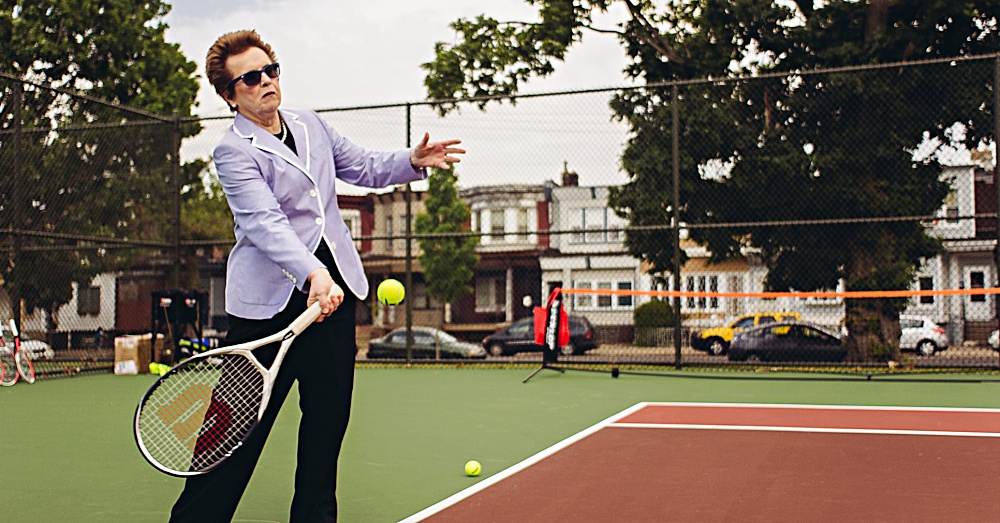 Nat Strand isn’t an actress or a singer or even a sports star. She’s a doctor, and she and her teammate, Kat Chang, won the reality TV show The Amazing Race in 2010. They were the first female-female due to win the gameshow that sends teams globetrotting in a race to complete international challenges that range from strange to terrifying. But while she’s proud that she was part of the first all-female team to win the race, Nat is more proud that she was the first winner with diabetes. Nat was diagnosed with type 1 diabetes when she was 12 years old.

Of the many challenges she faced during the race, one of the first was anticipating and packing all the supplies that she would need. She said she had to pack so many diabetes-related items that she didn’t even have room for a hairbrush. But she shared that her diabetes prepared her for the race by teaching her how to react to unexpected challenges, and that gave her an edge while competing. “It felt like a huge accomplishment, and I hope it shows that you can be as active as you want, and do pretty much anything, with diabetes,” Nat said. 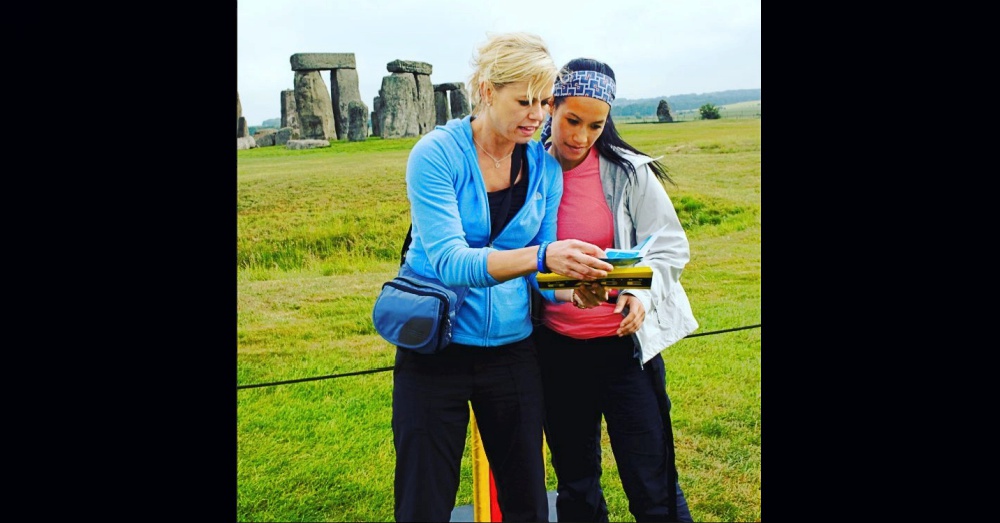 Crystal was the American Idol runner-up in 2010, and while she may not have outright won (so close!), she did win herself a career and a new outlook. Since the show Crystal has produced two albums, been a guest on The Tonight Show, and she will star in the Broadway Musical Always… Patsy Cline. Oh, and Crystal accomplished all this while dealing with type 1 diabetes.

Crystal admits that she struggled to manage her diabetes along with the stress of the show. At one point during the competition she was hospitalized because of diabetic ketoacidosis, and producers were forced to make last-minute schedule changes so that Crystal could rest before performing. She says that she let her priorities get mixed up and that she wasn’t taking care of herself. She shared this advice with Diabetes Forecast: “Take care of yourself, manage your diabetes, and anything is possible in the world.”

Crystal reports that being on American Idol has changed her life for the better. “I get to do what I love for a living, and that’s all I want to do: make music. And [support] diabetes advocacy.” 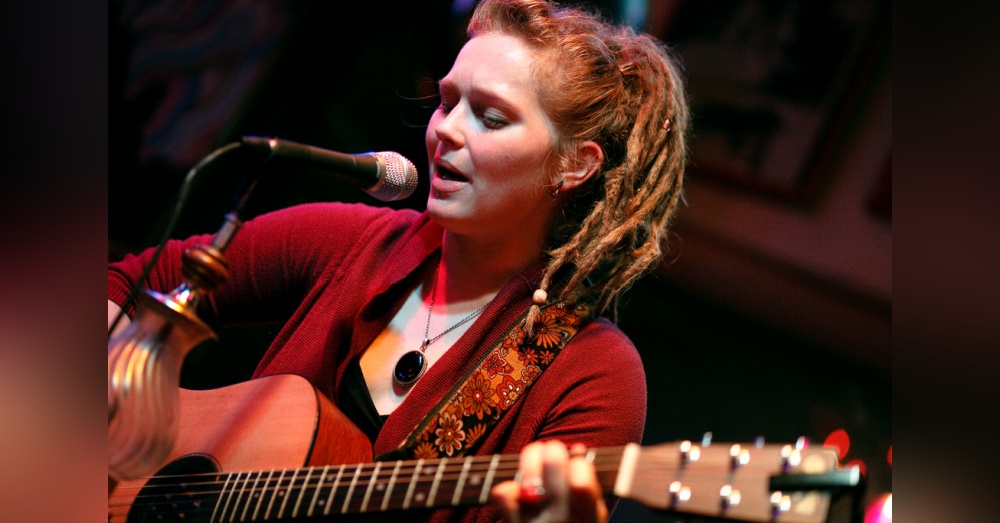 Charlie Kimball was the first IndyCar driver with diabetes to qualify and start for the Indianapolis 500. Charlie was diagnosed with type 1 diabetes in 2007 after reportedly losing 25 pounds in 5 days. He took the rest of the year off, but he was soon back. In 2008 Charlie finished second in his first race after his return.

While he’s racing, he wears an external glucose monitor that sends readings to a display on his steering wheel (so cool!), and he keeps a sugar source inside his car at all times in case of a low. Charlie won his first IndyCar race in 2013. 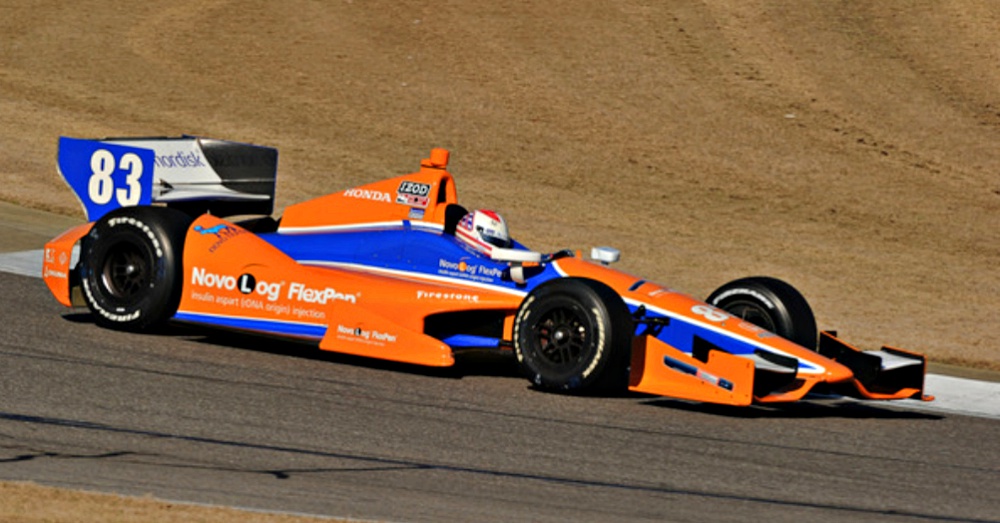 What do you think? Were there people on the list that inspired you? There are so many others that could have been included, and there are so many people with diabetes that fight every day without gaining fame or fortune. Everyone who’s been diagnosed with diabetes knows that sometimes it takes a heroic attitude to keep going, and we’re inspired by everyone who doesn’t let their diagnosis get in the way of their dreams.

Check out more celebrities with diabetes: Click “Next” below!