Airport Apologizes After Confiscating Diabetic Woman’s Insulin Without Her Knowledge

Airports can be confusing and chaotic places, but type 1 diabetic Jayne Knott did everything she could to ensure that things went as planned on the day of her flight from Leeds Bradford Airport in England to Cyprus. She kept her insulin, pumps, and blood sugar monitor in her carry-on rather than checking it and wore a special lanyard to let security know that she had medical needs. But when she arrived at the hectic security area, things took a turn for the worse.

Knott was rushed through the security line, and her medical supplies were taken from her for scanning. She had to go through extra screening and a pat-down because she was wearing an insulin pump, and in the chaos of it all, she forgot to check and make sure that her insulin and other diabetes supplies made it back into her bag.

Unluckily, they hadn’t. The airport hadn’t returned her medication or medical equipment to her bag after investigating them, and Knott boarded the plane to Cyprus, unaware that she did not have any of her vital supplies with her. She was “left in complete shock” when she discovered the error later. 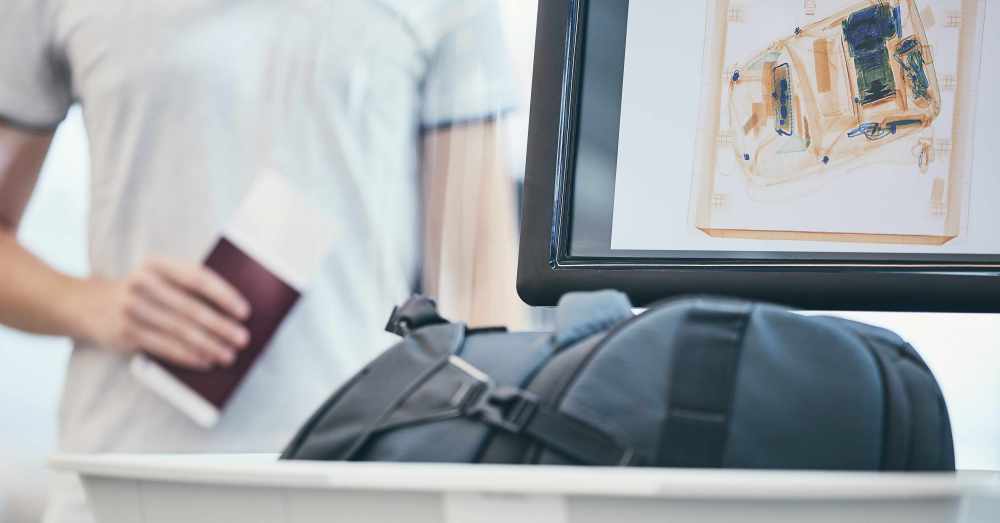 Appalled by the treatment she received at the airport, she turned to social media to hold the organization responsible for its actions.

“During the chaotic security process this morning I was separated from my insulin and medical supplies whilst being patted down and scanned because of wearing an insulin pump!” Knott wrote on Twitter. “My supplies were taken to be swabbed but (unknowingly to me) not returned with my belongings!” 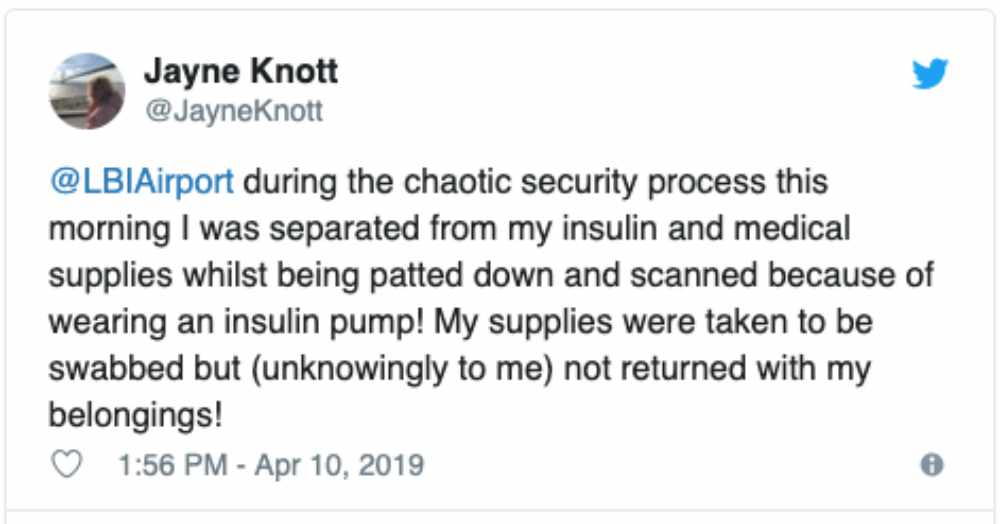 For someone like Knott, who is dependent on insulin and her other supplies to stay alive and maintain her health, being separated from those items for so long could have been disastrous. Luckily, Knott survived the ordeal and is okay, but she’s frightened of having something similar happen again. She says she’s usually very careful about keeping her supplies on her person, and she’s never had anything like this happen before. 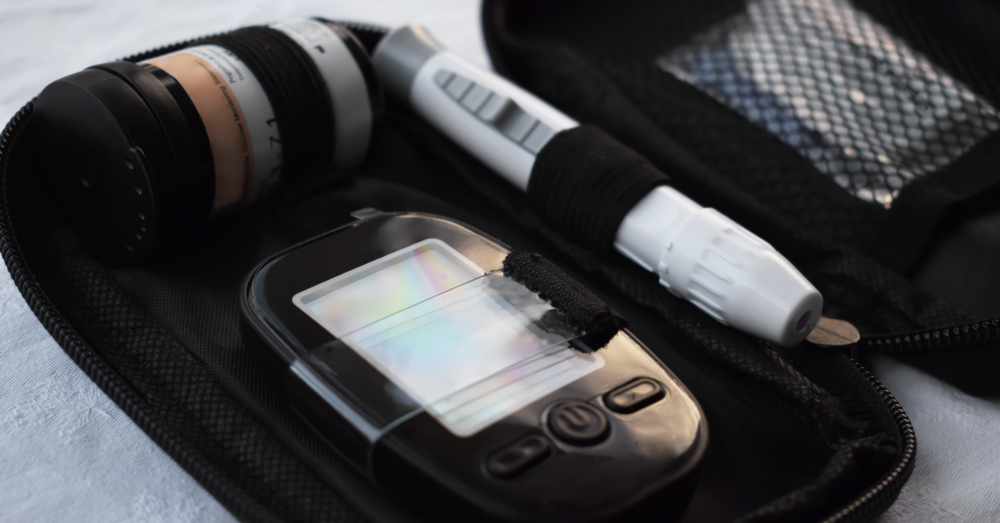 “I really feel like not flying abroad again because of what’s happened unless the airport security staff do something to change their procedures to allow additional time for us to go through and explain the situation with regards to the equipment that can’t be scanned,” she says.

After the incident, the airport apologized and promised to try to reunite Knott with her supplies. They also promised to review their procedures “when dealing with passengers travelling with medical equipment.”

“Therefore we would like to apologise to Mrs. Knott for any inconvenience caused and have also been in direct contact with Mrs. Knott to try and reunite her with the medical equipment,” the airport stated.

13-Year-Old with Type 1 Held Up at Airport Security Because Diabetes Supplies “Could Cause Plane to Crash”: Click “Next” below!