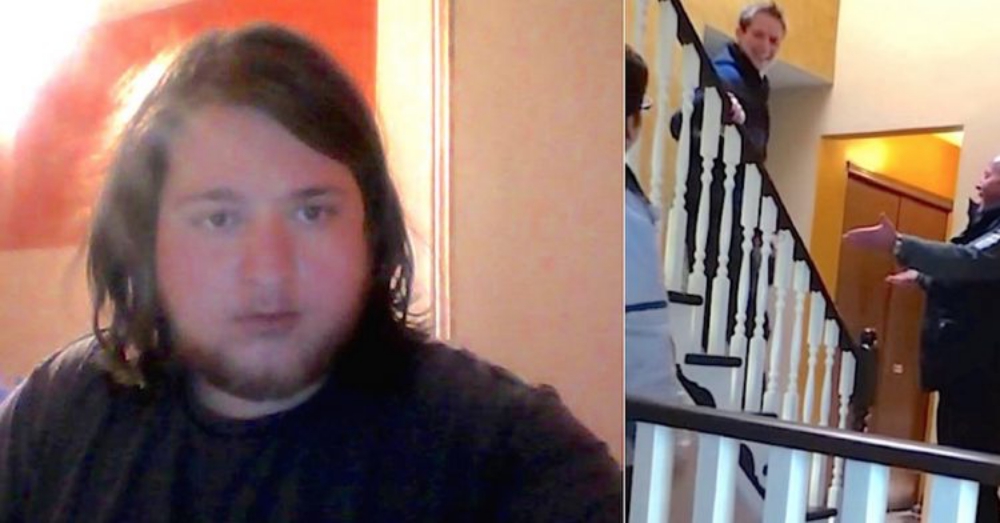 It’s hard to keep secrets from your family – particularly because you tend to see each other every day. But keeping the cat in the bag is much easier when you’re living far away from home.
This was the case for Lucas, a young man considered officially obese at a very young age.

The weight issue stemmed from the young man’s fondness for junk food and sugar paired with his dislike of exercise. The boy’s unhealthy habits were such that his weight had ballooned to 300 pounds by his 25th birthday.

So, when Lucas finally decided to lose weight, he vowed to keep his weight loss goals secret from his family – not because they wouldn’t be supportive, but because he wanted to treat them to the ultimate surprise. Keeping such a life-changing secret under wraps was only possible because Lucus only saw his dad and stepmom, Jeff and Susan, twice a year. 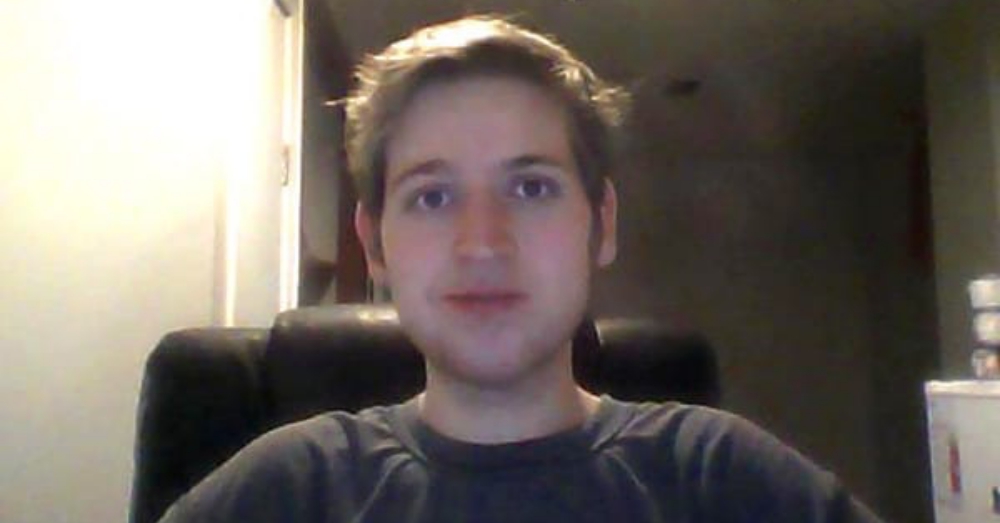 This determined young man started keeping a food diary and entirely changed his eating habits. Of course, the ruse also required begging out of his usual summer vacation, so Lucas told Jeff and Susan he was unfortunately too busy to visit them this year. This wasn’t a lie – after losing 100 pounds, Lucas had started walking five miles to work each way!

Fortunately, Lucas captured his inspiring journey on video, which captures the moment he proudly shows off his dramatic weight loss – 130 pounds in just under a year – to his parents.
Lucas’s healthy transformation left his father “over the moon.” Meanwhile, Susan is beaming with pride. 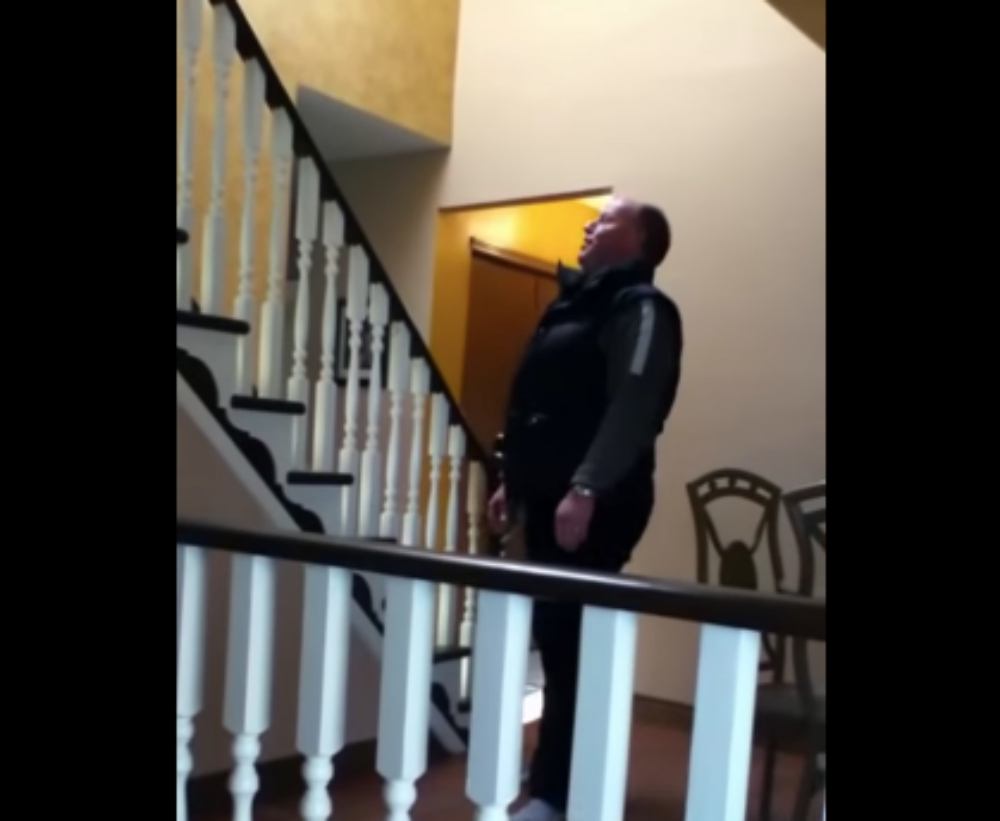 “95% of it was done through nothing but a 1350 calorie limit per day,” Lucas explained Reddit, noting that he “survived” on a diet of tuna salad, chicken with salsa, frozen vegetables, beans and rice, turkey/roast beef sandwiches, spinach, and eggs. 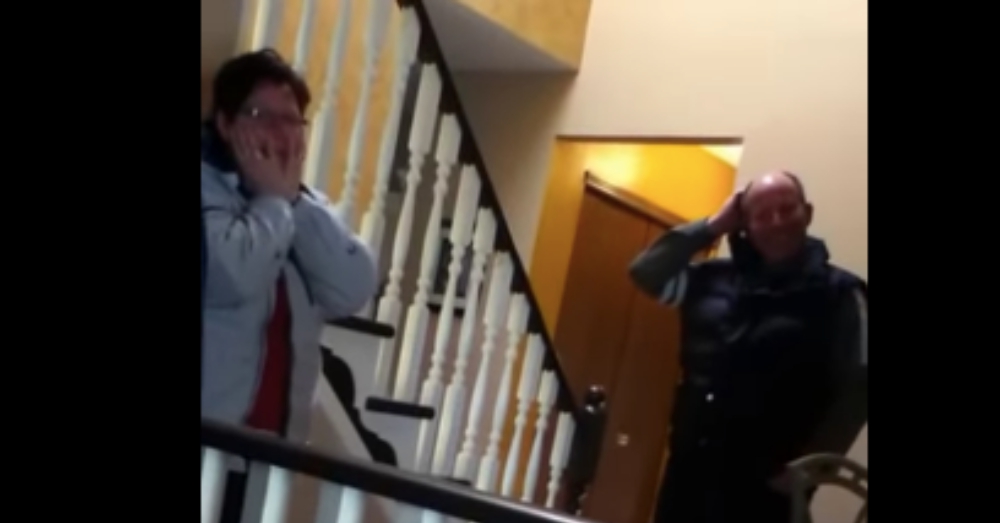 Meanwhile, the Internet remained inspired by this young man’s dramatic weight loss journey. “Thank you,” one commenter wrote. “I really needed you today to come and post this. You are just two inches taller than me with a similar start, goal and loss weight. The motivation and jump start you gave me just seeing the difference between the two just wants me to keep going. I’m scared I’m not going to be content when I’m there. I need to get to 130 lost.”

The young man also frankly described different challenges he encountered on this journey, which will hopefully prove useful to others seeking to lose weight. “I think that the hardest part has still been self-control when it comes to junk food,” he wrote on Reddit, explaining why he no longer keeps unhealthy snacks in the house.

“I can’t even count the number of times I’ve told myself ‘I’ll buy this giant bag of candy and eat it slowly over the next few weeks’ only to see the whole thing disappear in a day.” 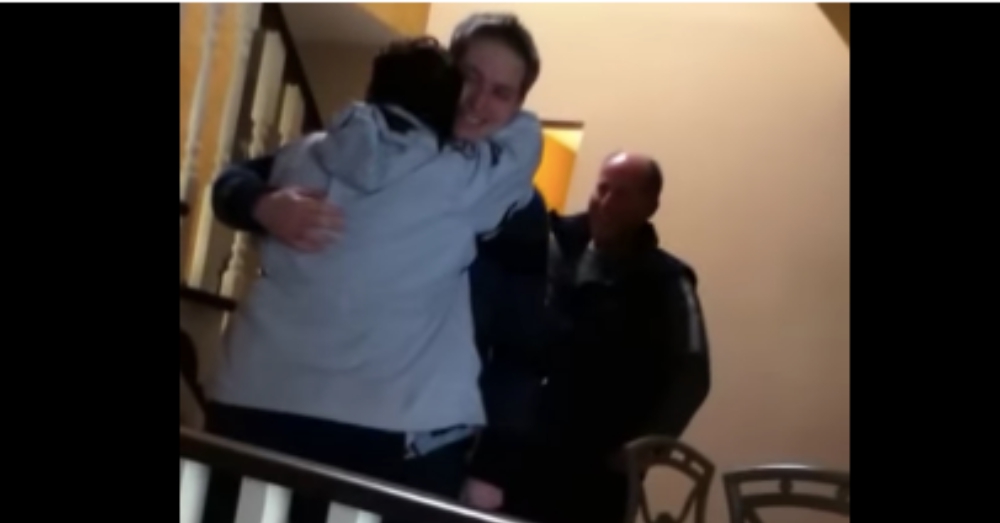 One of Lucas’s favorite part of his new look is the shocked reactions from colleagues and friends. “I have people asking me for advice on almost a daily basis now,” he says, describing his wish to inspire other people to embark on similar paths to self-improvement. “I’ve seriously considered making it a career path (dietitian).”

Learn more about Lucas’ amazing transformation in the video below!