On July 1, 2016, all children in California attending public school, private school or daycare will be required to be vaccinated against once-common infectious diseases with a high mortality rate. Personal and religious beliefs will no longer be valid exemptions in California. Only children who have specified medical conditions (like immune system deficiencies or family history) and a note from their doctor will be allowed to forgo the vaccines.

The bill was passed by California’s legislation and then signed into law by California’s Governor Jerry Brown. In his signing statement, Brown said: “The science is clear that vaccines dramatically protect against a number of infectious and dangerous diseases. While it’s true that no medical intervention is without risk, the evidence shows that immunization powerfully benefits and protects the community.” 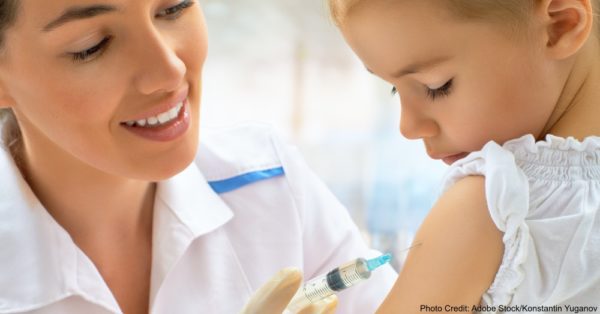 Vaccines will be mandatory for:

Unconvinced vaccines save lives? Check out that awesome infographic by Leon Farrant, a graphic designer in New York. The graphic is based on statistics from the CDC in 2011, and the decrease in deaths (morbidity) since vaccines have been available is staggering. These numbers on the graphic aren’t cases of each disease that have nosedived: these are deaths. Diptheria and polio? Decreased by 100%. There were zero reports of death from these diseases when this graphic came out. Measles, mumps, tetanus, rubella, and the bacteria that causes meningitis? Decreased by 99%. Deaths from chickenpox, pertussis, and Hepatitis B? Those dropped between 80% and 89%.

But what about the “autism link?”

Massive quantities of research, looking at a total of 14,700,000 children, have shown no connection between vaccination and autism rates or risk. The study in 1998 that spurred the onslaught of worry about vaccines causing autism was debunked years ago.

Are vaccines really that important?

Children with compromised immune systems, newborns, and the elderly are at dire risk from known diseases including measles and polio. A drop in vaccination rates means diseases we thought we’d eradicated can come back, and spread with a vengeance to our most vulnerable populations, killing thousands and having lasting effects on hundreds of thousands (as they once did).

Some think the law infringes on our rights, our civil liberties, the core of our freedoms; but the thing is, the research shows that vaccines save thousands upon thousands of lives. So the Governor of California sided with overwhelming scientific evidence and the medical community; he decided to protect thousands of children.