Carmen Marie Schentrup was a straight-A student at Marjory Stoneman Douglas High School in Parkland, Florida. She dreamed of attending the University of Florida as an honor student and becoming a medical scientist so she could work to cure diseases.

In just one more day, she would have received a letter in the mail letting her know that she was a National Merit Award finalist. Her 17th birthday was only a week away. 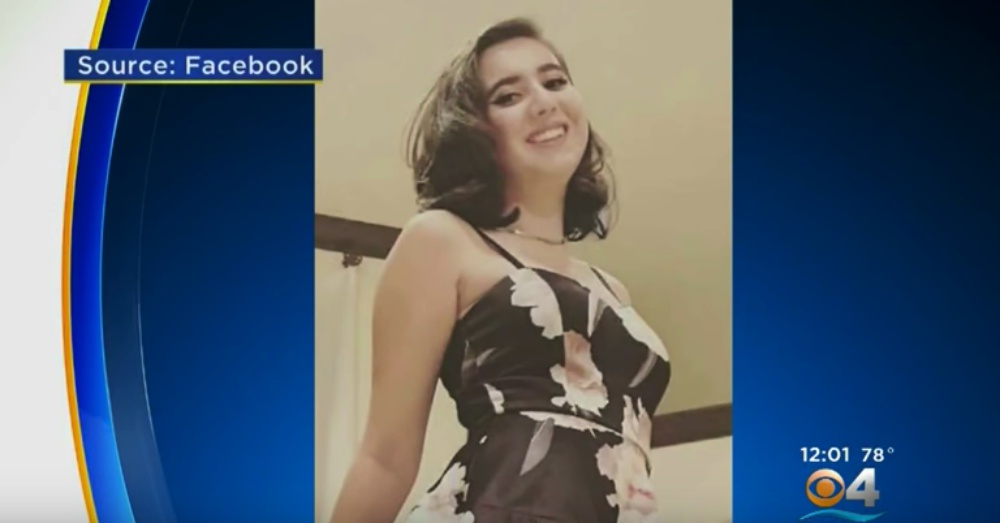 However, Schentrup would not live to see any of this happen. On Wednesday, February 14th, Valentine’s Day, 19-year-old Nikolas Cruz, a former student who had been expelled for disciplinary problems, entered her high school, armed with an AR-15 assault rifle, and opened fire. Schentrup and 16 other people, including students and teachers, were killed, and several others were injured. 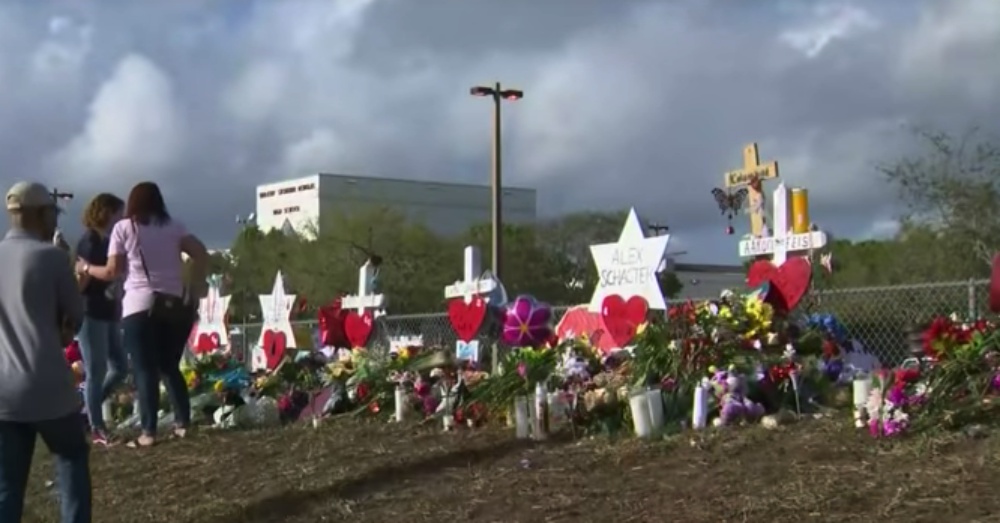 Schentrup’s funeral was held on the following Tuesday, the day before her 17th birthday. Hundreds of people were in attendance, overflowing the huge church her family had chosen for its size. At the end of the funeral, three white doves were released into the sky. 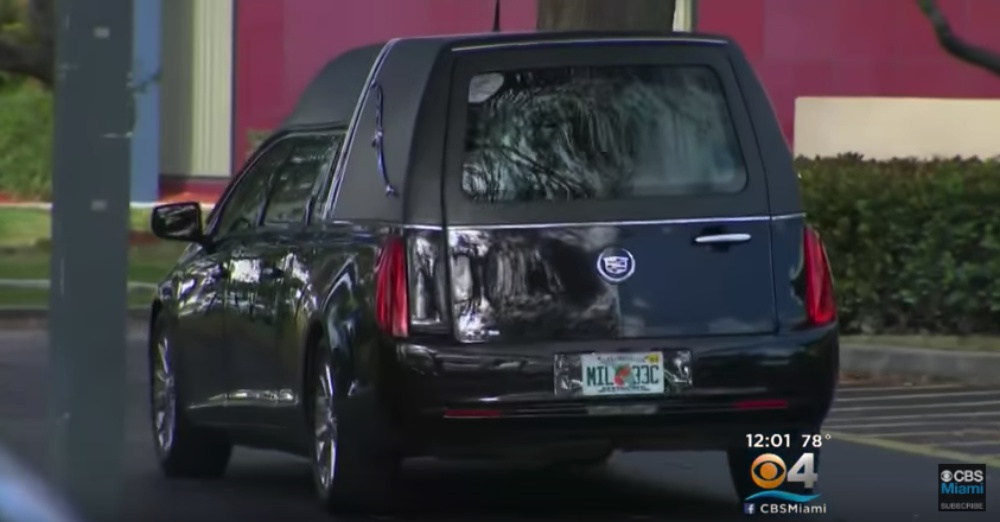 Family members and classmates believe Schentrup would have done great things, had she lived to do all the things she dreamed of. “She was going to change the world, and I’m sure of that,” says classmate Ariana Ortega. “But she doesn’t have the chance now.” 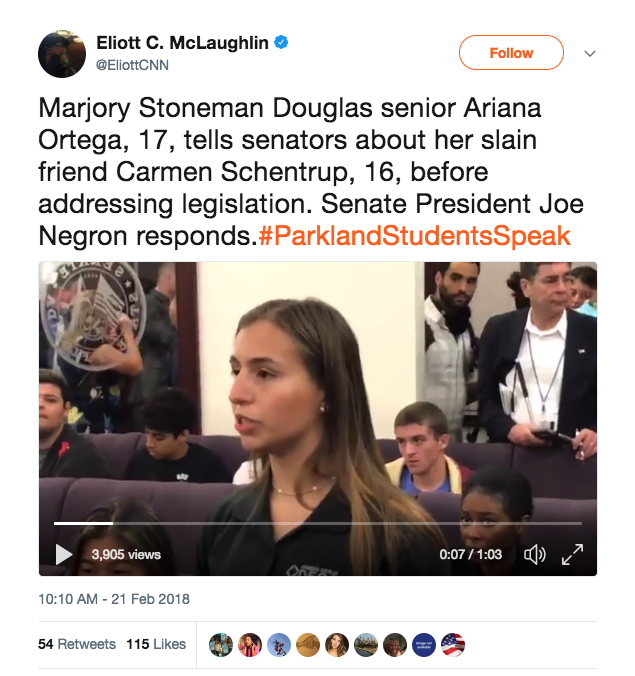 Schentrup’s family remembers her as a loving and caring individual who loved music and books. Her favorite genres were sci-fi, fantasy, and comedy, and she read about a hundred books each year. She was a talented performer on the piano and on stage, including a role as Grimsby in “The Little Mermaid.” She taught herself German and acted as her family’s translator on their trip to Germany. She enjoyed wearing red lipstick and toting teal-colored bags, and she was silly, playful, and “huggable,” a child at heart. 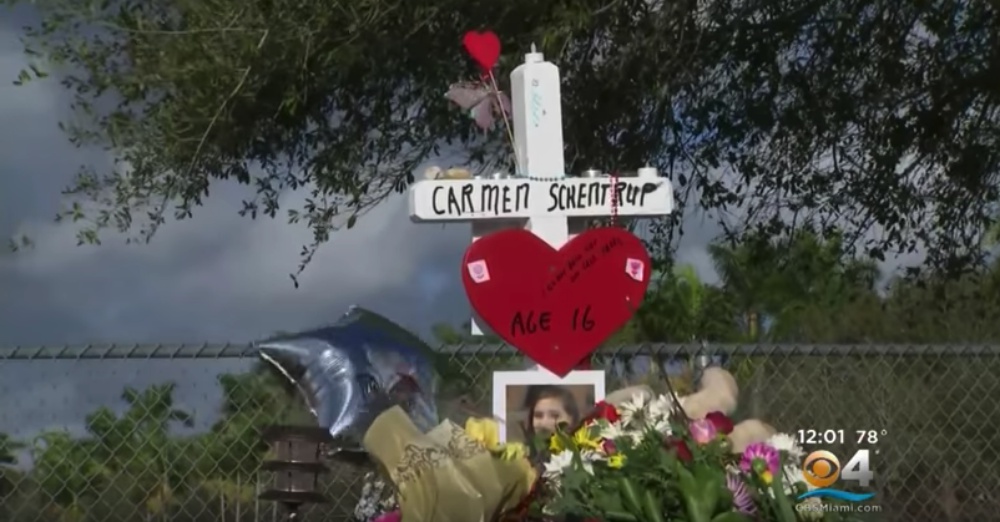 Since her death, Schentrup’s parents, April and Philip Schentrup, have released a statement about her life and legacy, as well as posting this to Facebook:

“To our dear Carmen, you are a bright, beautiful young woman bursting into the world. You are an amazing daughter, sister, friend. You fill our lives with loving memories that we will always cherish. You are a gift from God and into his arms you return.”

Learn more in the video below.

Reverend Mark Sims, who presided at Schentrup’s funeral, said, “Today we mourn. Tomorrow we rest. But then we act.”

Act now by signing the petition to protect student lives.