These Diabetic-Friendly Cinnamon Buns Are A Deliciously Sweet Treat

We’ve heard it a million times: breakfast is the most important meal of the day. Recent clinical trials have suggested that waiting until lunch for a meal does some serious damage to blood sugar levels, and noted a 37% increase levels when compared to days on which participants didn’t skip breakfast. Not a great way to start the day.

While there are numerous tried and true healthy breakfast options, it can occasionally feel like there are some delicious treats we’re deprived of.

Well, we’ve got you covered with this delicious cinnamon bun recipe that tastes indulgent, but won’t send your numbers skyrocketing. Added bonus: the psyllium husk powder that is used to substitute yeast is believed to help control post-meal glucose levels. 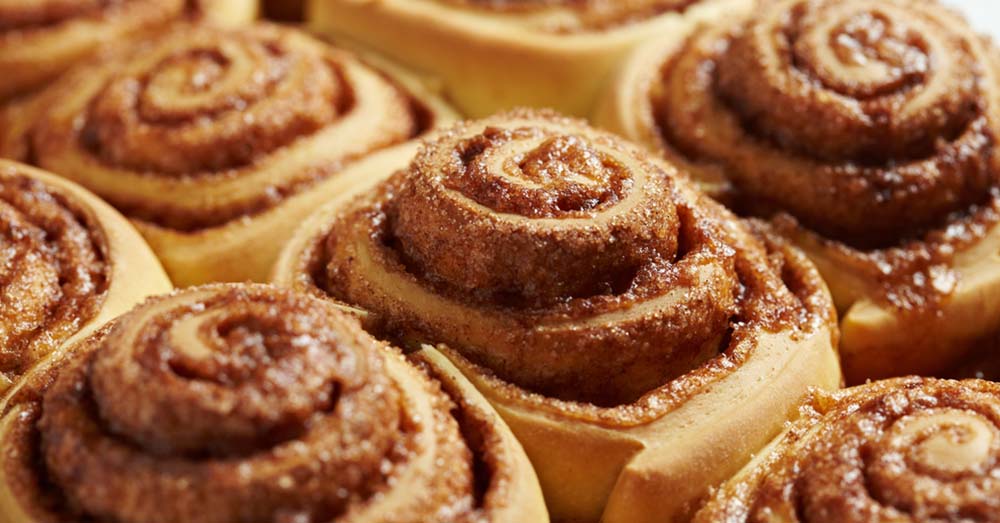 1. Combine dough ingredients in a large mixing bowl and stir. Will need about 15 minutes to firm.

3. In a separate bowl, stir together filling ingredients. Refrigerate.

4. Roll firmed dough into a ball, and flatten into a rectangle shape on parchment paper.

5. Cover dough with plastic wrap (may need to place two sheets of plastic wrap side-by-side if it isn’t a wide roll).

6. Use rolling pin to roll out dough as thin as possible without breaking. Maintain rectangular shape.

7. Brush a thin layer of coconut oil that has been melted at room temperature onto flattened dough.

8. Use a fork to evenly drop filling onto dough, leaving about 2 1/2″ empty at the top (end furthest from your body). Use fork to spread evenly.

9. Begin curling bottom edge with your fingers, and continue to roll by pulling the parchment paper away from your body, towards the top.

10. Once rolled, use parchment paper to rotate dough so that the seam is at the bottom.

11. Slide unflavored dental floss under the roll to the halfway point, lift up each end, and cross to cut the roll. Cut each half into halves, then each quarter into thirds.

12. Place each slice into a cupcake pan with cupcake wrappers.

14. Combine icing ingredients in a bowl.

15. Drizzle icing over each cinnamon bun once cooked. Serve warm.

9 alternatives to foods diabetics should avoid: Click “Next” below!

L.D. and her ten-year-old lab, Eleanor Rigby Fitzgerald, moved to Seattle two years ago from Tucson, Arizona. They chose Seattle because they heard that's where they kept all the good coffee - plus Ella learned about grass. L. De Mello likes books, music, movies, running, and being outdoors as much as possible.
Proper greatergood_ctg_belowcontent
Proper greatergood_ctg_footboard