Norma was 90 years old when Leo, her husband of 67 years, died. To add to her grief, she had just been diagnosed with uterine cancer.

A few days after burying her husband, she made a startling decision: she wouldn’t undergo any of the treatment her doctors wanted her to try. Instead, she was going to hit the road in an RV. 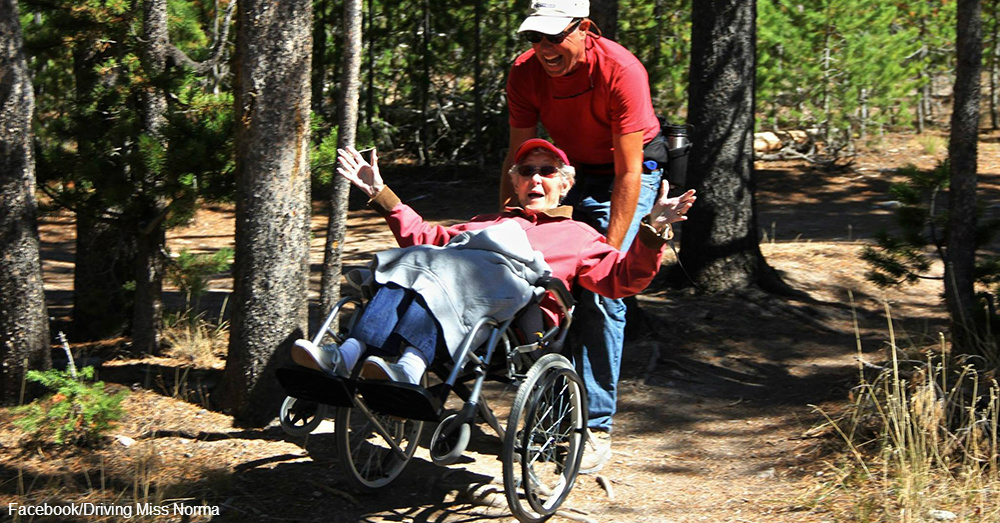 Norma’s doctor was prescribing major surgery to be followed by rounds of chemotherapy and radiation. He knew how grueling that routine would be for anyone — let alone a woman of Norma’s age. She’d probably spend time in an intensive care unit and a nursing home if she even survived the surgery. So, Norma’s doctor agreed completely with Norma’s unexpected and liberating plan. He set aside the treatments and told her to have fun.

Norma’s son and daughter-in-law already lived an on-the-road lifestyle, traveling across the country in their RV. They invited Norma to join them, and she immediately agreed. They closed up Norma’s house, bought a larger RV, and hit the road with no end plan in mind. 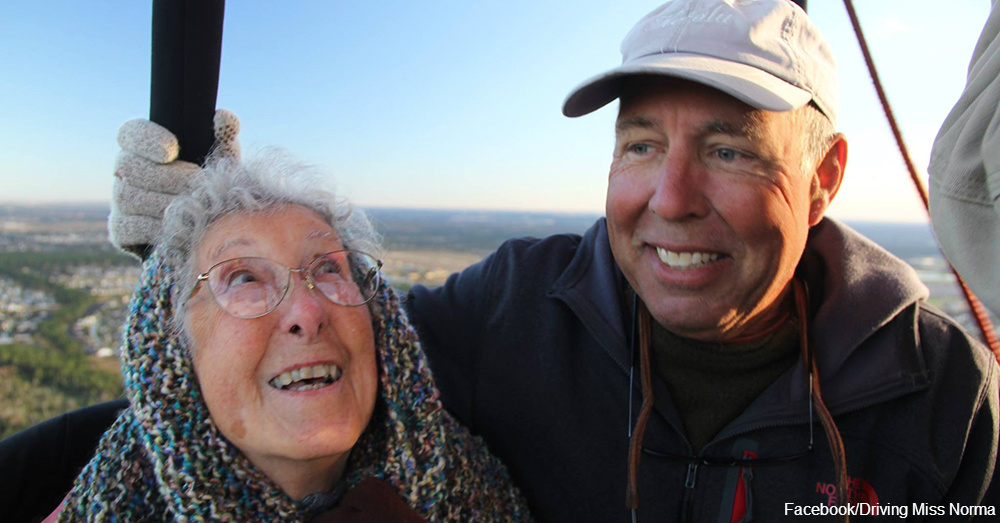 During her first six months on the road, Norma and her family visited several national parks. She’s been more than two miles above sea level in the Rocky Mountains and taken a hot air balloon ride in Florida. She’s participated in a Native American ceremony and visited all sorts of destinations she’d never been to before, including New Orleans. She started a Facebook page, Driving Miss Norma, that has thousands of followers.

So far, her trip has been pain-free, with no symptoms of her uterine cancer, and the twinkle in Norma’s eye makes it clear that she feels she made the right decision.

Norma’s Facebook followers have been captivated by the story of this adventurous woman who didn’t let age, grief or illness stop her from living life to its fullest. Norma stands as an example to all of us who want to get the most out of life.