A dog can be a child's lifelong friend, but some dogs are lifesavers for their human companions, too. In the middle of the night on March 3, 2016, a Labrador retriever named Jedi took on the hero role by saving the life of his person, a young boy with Type 1 diabetes. The child's mother went on social media to share this heroic dog's story, and this heart-warming tale quickly went viral on Facebook.The emergency began in the middle of the night when 7-year-old Luke started experiencing a drop in blood sugar. For someone with Type 1 diabetes, low blood sugar can be deadly. Luckily for Luke, his canine companion Jedi was close at hand to alert other family members. 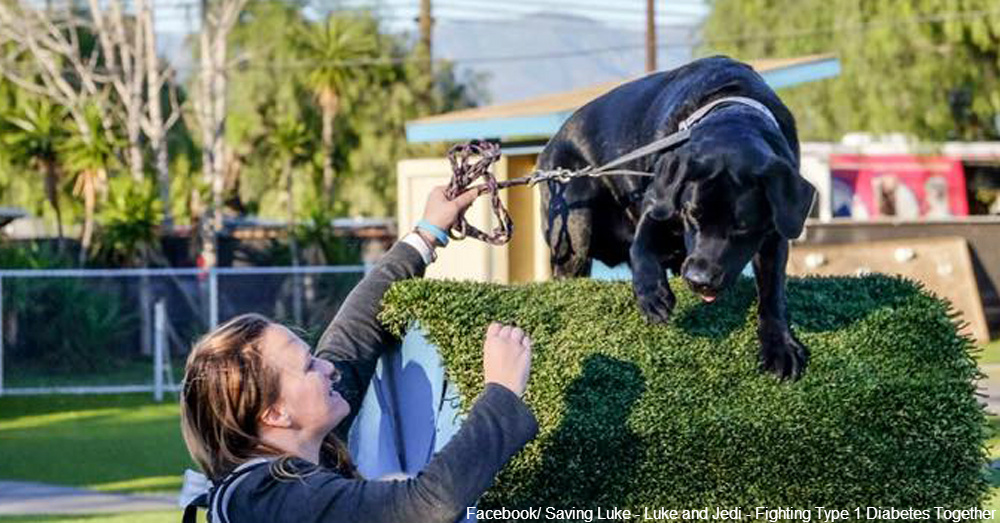 When Jedi first attempted to wake up Luke's mother, Dorrie Nuttall, she wasn't sure how serious the situation was. The dog refused to get up on the bed and continued to bow, a specific action he had been trained to perform if Luke's blood sugar dropped, which convinced Luke's mother that the problem was real. After performing a rapid blood sugar check, Luke's mother discovered that the child's blood sugar was just 57 milligrams per deciliter, a potentially dangerous level. She quickly gave Luke a glucose tab to raise his blood sugar and showered plenty of affection on Jedi.

Luke was diagnosed with Type 1 diabetes at age two, and the family got Jedi as a trained service dog shortly afterwards. The dog was trained from 11 weeks old to detect high and low blood sugar levels by smell and learned to perform specific actions to alert family members. 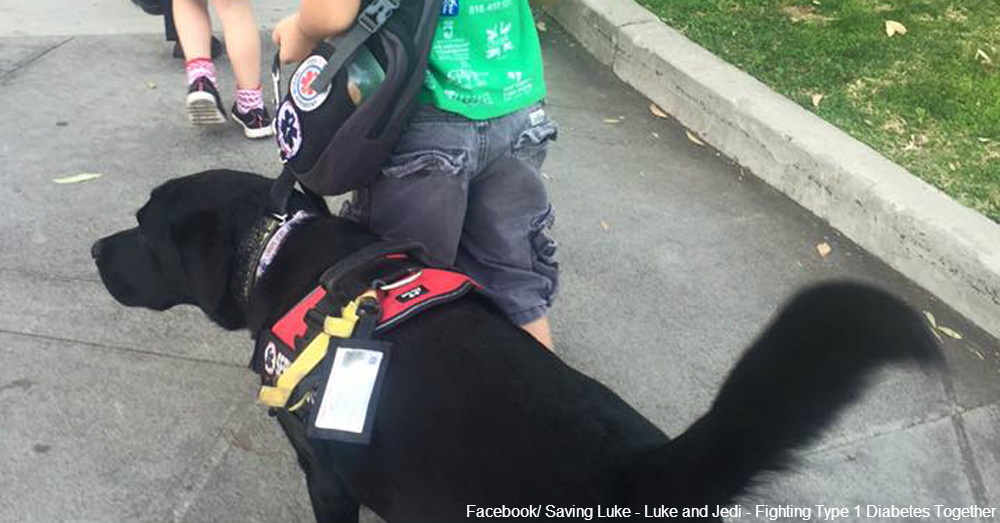 These canine companions are trained to detect blood sugar levels upon smelling their owner's sweat or breath, and they can typically smell even small blood sugar changes from across a room. Saving the life of a young human companion isn't a task that every dog can do, but trained pets like Jedi can help keep children with diabetes safe. Check out this video about diabetes therapy dogs to learn more about how dogs are trained to detect low blood sugar levels in people with diabetes.