Gatorade will have to pay $300,000 as part of a settlement in California over “numerous false and misleading statements and depictions of water” in their mobile game Bolt!. The marketing campaign delivered via video game featured Usain Bolt and urged players, primarily children and teens, to, “Keep your performance level high by avoiding water.”

This Public Relations video produced by Gatorade to market Bolt! states the game was “an entertaining and competitive way to reinforce to teens that consuming Gatorade would help them perform better on the field and that water was the enemy of performance.”

The game received an extensive marketing campaign including 4 million fans on social media channels and numerous celebrity endorsements including Usain Bolt himself, Troy Polamalu, and Justin Bieber. While the game was available in 2012 through 2013, and briefly in 2017, it was downloaded over 2.3 million times, played 87 million times, and generated over 820 million brand impressions. 73% of players were between 13 and 24 years old, a demographic Gatorade considers “key.” All of this to drive home a false, anti-science narrative that Gatorade helps athletes perform better than water.

Bolt!’s “numerous false and misleading statements and depictions of water,” caused a complaint to be filed by California Attorney General Xavier Becerra. It listed three ways Gatorade’s marketing was false or misleading: 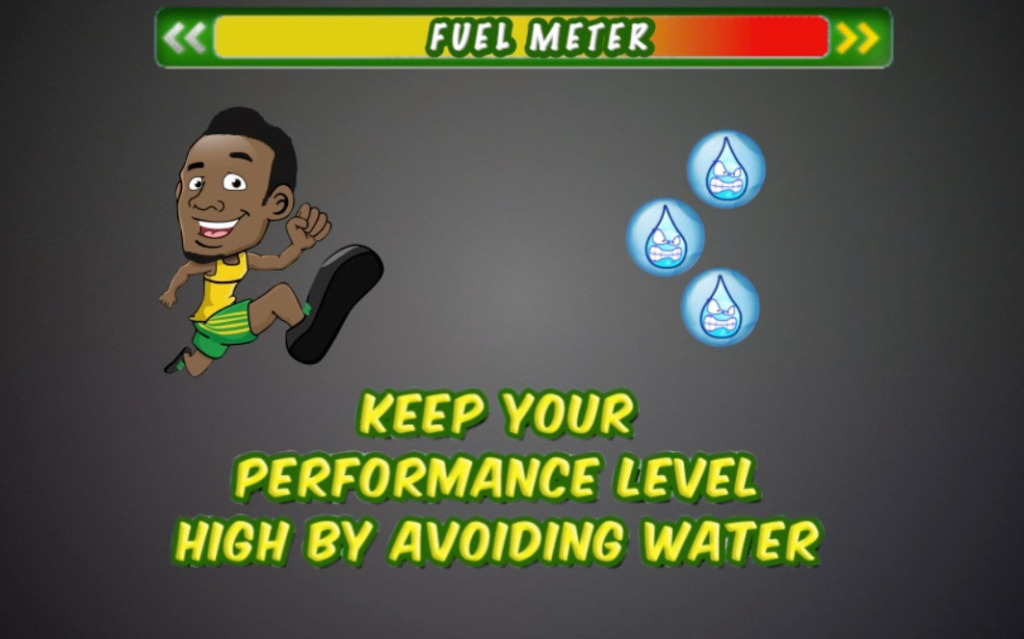 Now Gatorade will have to pay up for their deception. In a settlement announced less than a day after the complaint was filed, Gatorade agreed to pay $300,000 and cease its smear campaign against water. $120,000 of the total settlement must be directed toward the study or promotion of childhood and teenage nutrition and consumption of non-branded water.

Sports drinks, like Gatorade and Powerade, are loaded with sugar and are contributing to a childhood obesity crisis in the United States. Celebrity athlete endorsements of sugary sports drinks promote their illusion of healthfulness, especially among young athletes seeking a competitive advantage.

Sign to tell the Federal Trade Commission that professional athletes should no longer be able to endorse sugary sports drinks!