We’ve all been there.

It may happen at a fancy restaurant, a crowded movie theater, even a quiet library. When nature calls, the nearest bathroom is your ticket to relief. You don’t forget to wash your hands, of course, but drying them may be cause for concern.

Restrooms are not typically the cleanest places on earth, but new evidence is showing they may be much filthier than we ever imagined. Hand dryers that blow hot air onto wet hands may be blowing out fragments of feces, as well.

“Bacteria in bathrooms will come from feces, which can be aerosolized a bit when toilets, especially lidless toilets, are flushed,” Peter Setlow, a researcher at University of Connecticut’s School of Medicine, told Newsweek. 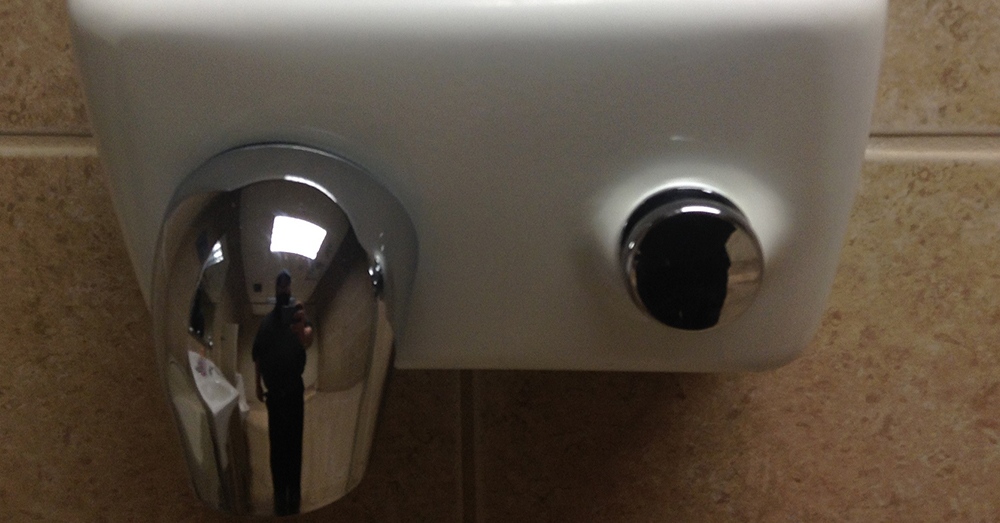 Source: flickr/Mike Mozart
Do you know what’s lurking in the restroom?

Once airborne. the aerosolized excrement is pulled in through an air dryer’s intake and blasted onto the hands of its next user.

Setlow is the author of a study published in Applied and Environmental Microbiology, detailing the bacteria deposits found on plates placed under “hot-air hand dryers in multiple men’s and women’s bathrooms in three basic science research areas in an academic health center.” 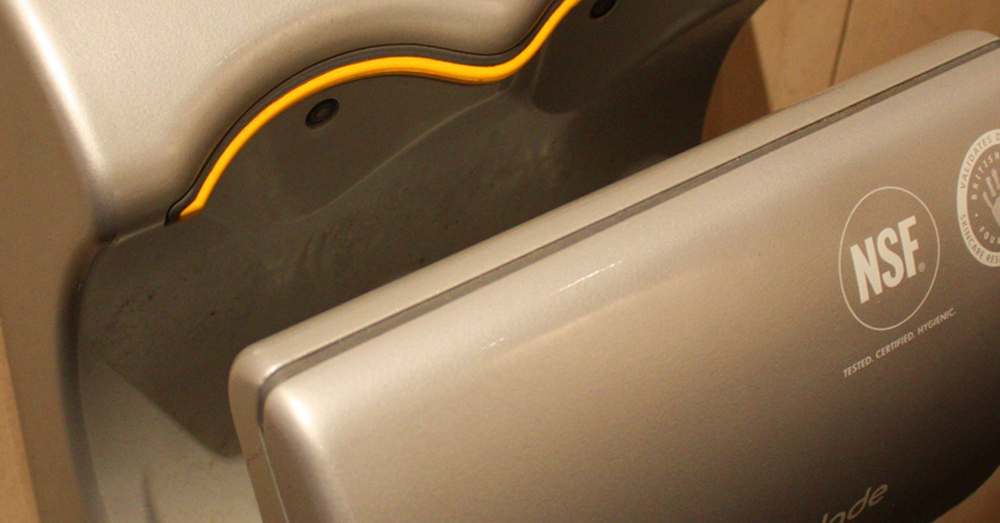 Each of the plates were exposed to hand dryer air for 30 seconds, after which, Setlow recorded anywhere from 18 to 60 separate colonies of bacteria per plate.

Hand dryers with HEPA filters allow bacteria through at a reduced rate, SF Gate reports, but they only quarter the bacteria.

“Potential human pathogens were recovered from plates exposed to hand dryer air whether or not a HEPA filter was present and from bathroom air moved by a small fan,” Setlow wrote. 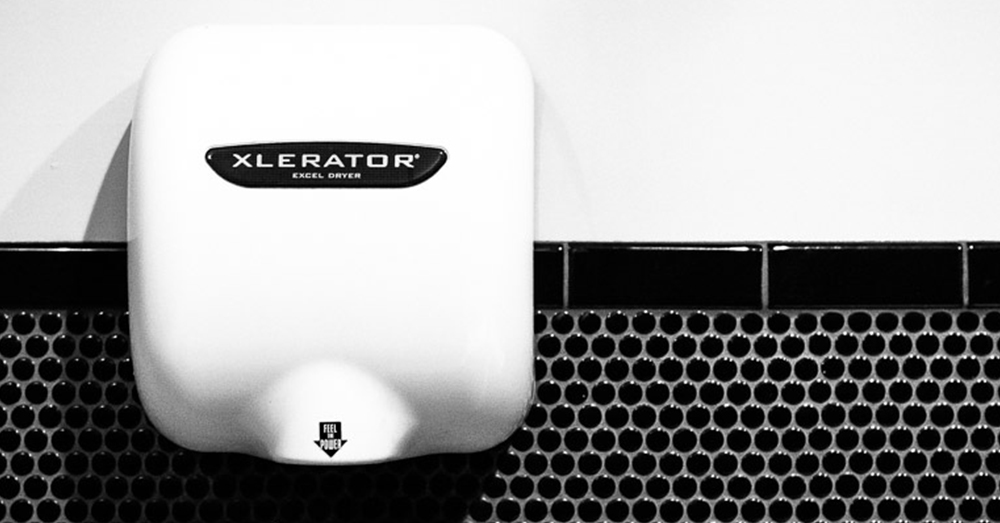 That doesn’t mean you should stop washing your hands, of course. You just may want to reach for paper towel instead. Setlow has already switched, himself, Business Insider reports.

Keeping your hands clean is a necessity, and so is doing the same for our plants. Click the button below to learn about some names that are really making a difference in environmental health.

Matthew Russell is a West Michigan native and with a background in journalism, data analysis, cartography and design thinking. He likes to learn new things and solve old problems whenever possible, and enjoys bicycling, going to the dog park, spending time with his daughter, and coffee.
Whizzco