Whether it’s Valentine’s day, an anniversary, or a birthday, many people use flowers as a way to express their feelings to a loved one. But one husband took this romantic gesture to the next level!

Mr. and Mrs. Kuroki got married in 1956. They lived a very fulfilled life, raising two children and running a successful dairy farm in Shintomi, Japan, The Telegraph reports. 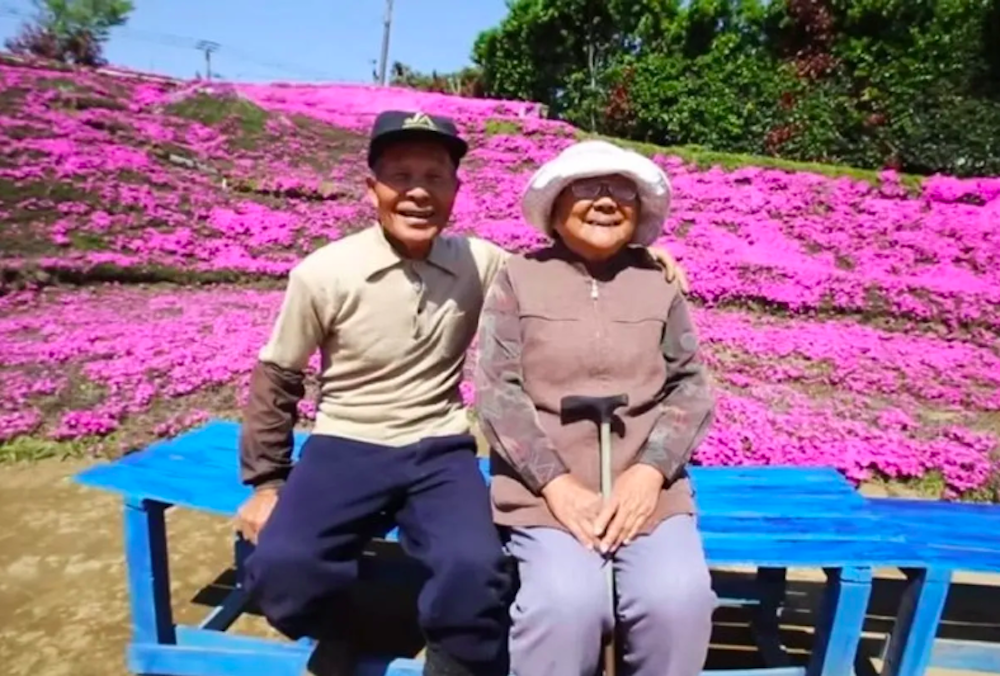 After 30 years of marriage, the couple planned on retiring and traveling around Japan, but those plans were soon dashed.

At just 52-years-old, Mrs. Kuroki lost her vision due to complications from diabetes. As a result, she became depressed and would spend most days just sitting inside. 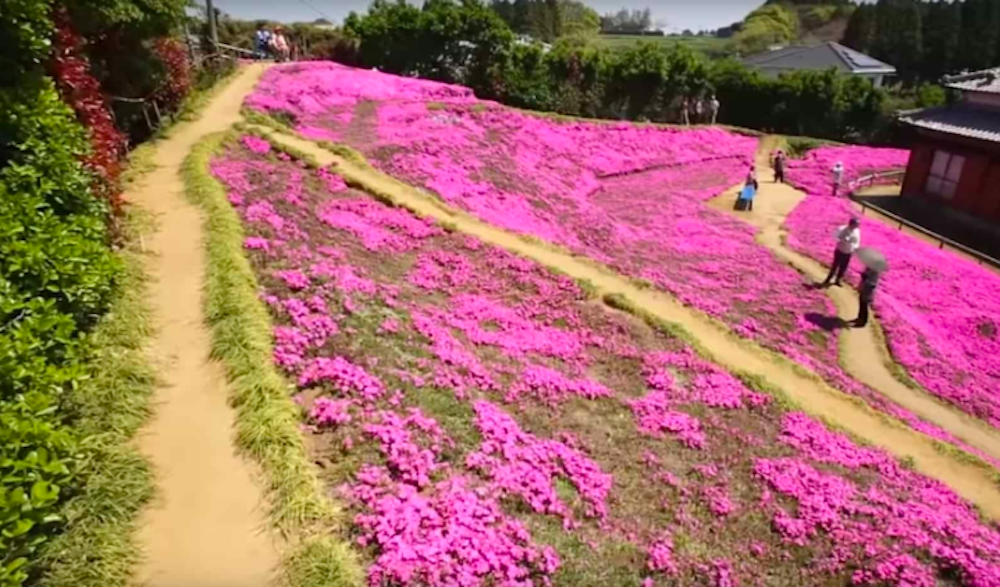 Mr. Kuroki noticed that people would stop and admire his small garden of pink shibazakura flowers (also known as moss phlox). So he hatched a plan – Even though he couldn’t take his wife to see the world, he could bring the world to her. 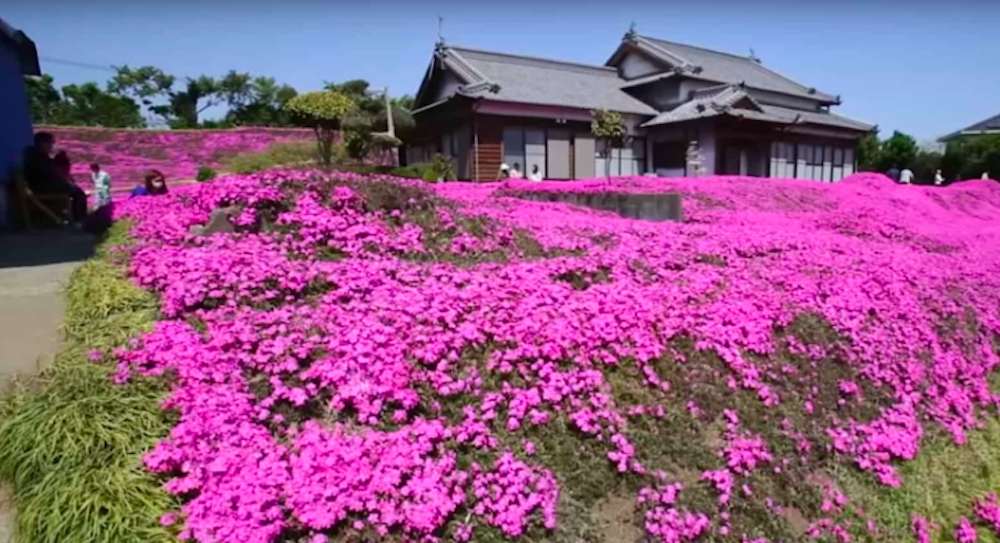 What started as a small project turned into a massive devotion of love. Over the course of two years, he planted thousands of flowers to cheer up his wife. Not only did the smell of her favorite flower bring a smile to her face, but thousands of visitors came to visit the garden. 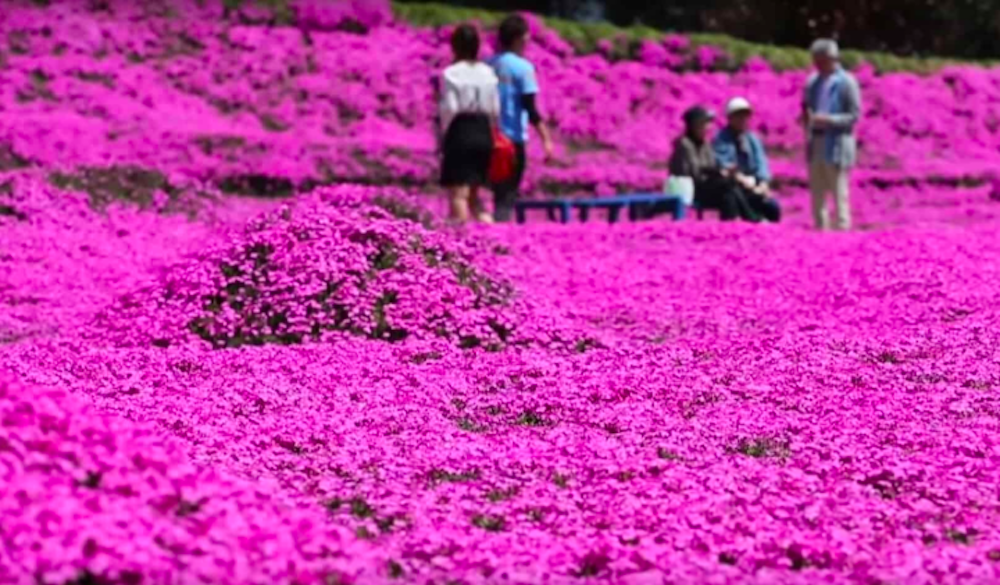 To this day, their dairy farm is still a major tourist attraction with almost 7,000 people visiting a day when the flowers are in bloom in March and April.

The cowshed, which once held 60 cows, has been transformed into a display showcasing their love story.