A consolidation in drug providers over the years has led to 77% of all prescriptions filled nationwide being controlled by three Pharmacy Benefit Managers (PBMs). These pharmaceutical industry giants act as corporate middlemen, keeping a cut of the profits on drugs for themselves and creating higher prices across the country. And all owned by the largest health insurers: Caremark (owned by CVS), OptumRx (owned by United Health), and Express Scripts (owned by Cigna, as reported by Becker’s Hospital Review.

Defenders of Big Pharma would tell you Pharmacy Benefit Managers (PBMs) aim to lower drug costs and help patients efficiently access medications. In reality, PBMs spike the prices of life-saving drugs like insulin, steal from community pharmacies until they go bankrupt, and turn pharmacy care, an important (and often only) source of health care for rural patients, into a living nightmare, according to the LA Times.

PBMs decide what pharmacies you can use, which of your medications are covered by insurance, and how much you, the pharmacy, and your insurance company must pay, giving them immense control over drug prices in the United States, explains the Commonwealth Fund.

Commissioners Phillips and Wilson voted against confirming the investigation because they claimed it was too broad in scope and lacked focus. With the knowledge that millions of Americans rely on the pharmacy system to survive, further supported by signatures from our readers, they may stand down the next time a vote is called.

Click below and sign the petition and help us ask FTC Commissioner Noah Phillips and Commissioner Christine Wilson to stop blocking efforts to open an investigation into PBMs. 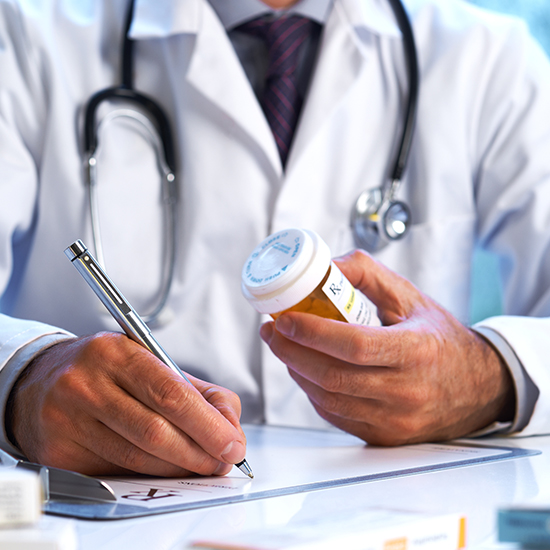 At least 77% of all prescriptions filled nationwide are controlled by three Pharmacy Benefit Managers (PBMs).

These companies work to jack up the price of life-saving drugs like insulin, steal from community pharmacies until they go bankrupt, and overcomplicate pharmacy care for rural patients to the point of uselessness.

Tell FTC commissioners to allow an investigation into these drug middlemen!