Who said having diabetes can’t be hip? Type 1 Justin is a lifeguard and surfer at Huntington Beach. Four years ago, he began losing weight, having trouble with his vision, and found himself feeling consistently dehydrated. Not feeling himself, he headed to the hospital. His blood sugar was over 600!

After spending several days in the ICU, Justin learned to use insulin. With the help of his doctors, he also learned to change his lifestyle to better care for his condition. While the diagnosis was initially a depressing thing for the lifeguard, he’s learned to have a positive outlook on things, refusing to allow it to hold him back. 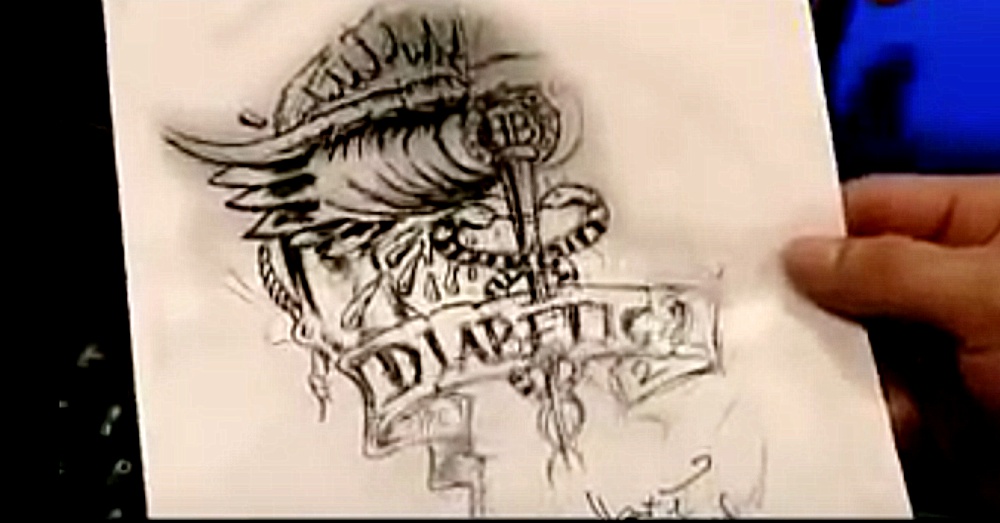 Recently, at a wedding, Justin passed out. The incident was a wakeup call– making it clear to him the necessity of identifying his condition in case of a similar incident in the future. That’s where L.A. Ink comes in.

In the video below, Justin is getting a diabetes alert tattoo. Take a look, as he shares the moving story of his diagnosis and his journey to accepting that diabetes is simply part of who he is. Watch as he gets this integral part of him tattooed on his forearm, intertwined with some of the things that are most important to him! Take a look, and let us know what you think in the comments below!

“NEXT” for 7 things to know before getting inked

L.D. and her eleven-year-old lab, Eleanor Rigby Fitzgerald, moved from Seattle to Grand Rapids earlier this year, and are currently enjoying exploring their new city! She likes books, music, movies, running, and being outdoors as much as possible.
Proper greatergood_ctg_belowcontent
Proper greatergood_ctg_footboard