BREAKING NEWS: Medtronic Plc has released a statement on Monday, September 11, 2017, saying that it would recall specific lots of its MiniMed infusion sets.

This recall comes after the company received reports of over-delivery of insulin shortly after users changed their infusion sets. Faulty infusion sets are believed to be the possible cause of several cases of hypoglycemia requiring medical intervention. No deaths have been reported, but the issue has the potential to be life-threatening in extreme cases.

What to look for

Medtronic has not said how many infusion sets are affected by the recall, nor have they released the specific REF and LOT numbers affected by this issue. But they are asking consumers to go to this webpage and type in the REF and LOT numbers of all MiniMed infusion sets in their possession to determine which, if any, of them are involved in the recall.

Why was it recalled?

Following reports of hypoglycemia after changing infusion sets, Medtronic launched an investigation of the issue and found that the affected infusion sets could be caused to over-deliver insulin if any fluid—such as insulin, alcohol, or water—blocks the infusion set membrane during the priming/fill-tubing process.

Medtronic has developed a “new and enhanced” membrane for their MiniMed infusion sets and discontinued the affected membrane so that all new products will be free of the defect.

What can you do?

If the only infusion sets you have in your possession are part of this recall and you need to use them, it is recommended that you strictly follow Medtronic’s list of Key Steps to replace the infusion set without causing it to over-deliver insulin.

“After filling the reservoir, make sure the vial of insulin is held upright when removing the reservoir from the blue transfer guard,” the site states. “This prevents insulin from accidentally getting on the top of the reservoir, which could be transferred onto the infusion set membrane.” 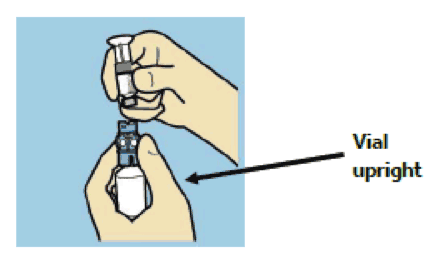 The directions also warn against changing your infusion set before bed, as you’ll want to be awake to monitor your blood glucose an hour after an infusion set change.