You already knew that air pollution was bad, of course. It can cause lung problems and other respiratory illnesses, so it’s not a long stretch to assume it might be at fault for some other diseases as well. However, there are a few things, such as obesity or diabetes, that don’t seem to have any clear link with the quality of the air. But if you thought such a connection was unlikely or even impossible, you’d be wrong.

A recent study conducted by Duke University on laboratory rats showed that air pollution may be a greater problem than we suspected. It may cause an increased risk of obesity or even go so far as to contribute to type two diabetes. But how?

In the study, two groups of pregnant rats and their offspring were kept in cages. One group was kept outdoors in the highly polluted air of Beijing, while the other was given filtered air indoors. On top of the cardiorespiratory issues you might expect, both the mothers and the babies who breathed polluted air gained significantly more weight (10-18% more) after just three to eight weeks of exposure than those breathing filtered air. 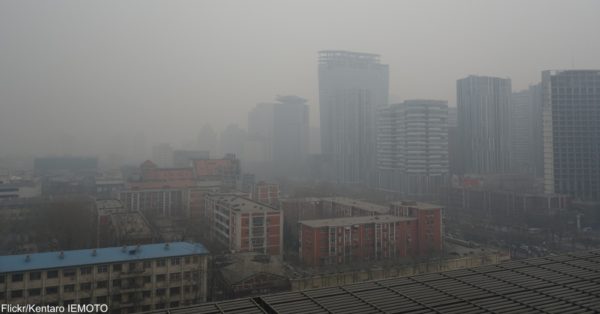 It did not take long at all, for researchers to note even more specific and terrifying problems with the rats’ overall health, not just weight gain and respiration. After a mere 19 days, the pregnant rats were not only heavier than their counterparts but also had more tissue inflammation, 50 percent higher LDL cholesterol, 46 percent higher triglycerides, and higher insulin resistance. Once born, the baby rats showed similar results. Insulin resistance, of course, is the most disheartening to those concerned with diabetes, as insulin resistance is linked to the development of type two diabetes.

Metabolic dysfunction, another potential precursor to type two diabetes, was also found in the rats who breathed polluted air.

If the insulin resistance and metabolic dysfunction aren’t enough to convince you that bad air might lead to diabetes, the weight gain itself should ring a bell. Although there are several factors that may contribute to a person’s risk of developing type two diabetes, obesity is one of the most recognized and common factors. Obesity causes an increased risk of diabetes due to the extra pressure it puts on a person’s body to properly regulate its blood glucose levels with insulin.

Whether your concern is with diabetes or with some other illness, the threat is certainly present. Junfeng “Jim” Zhang, a professor of environmental and global health at Duke University and Duke Kunshan University, is a senior author of the paper written about this study. He warns:

If translated and verified in humans, these findings will support the urgent need to reduce air pollution, given the growing burden of obesity in today’s highly polluted world. 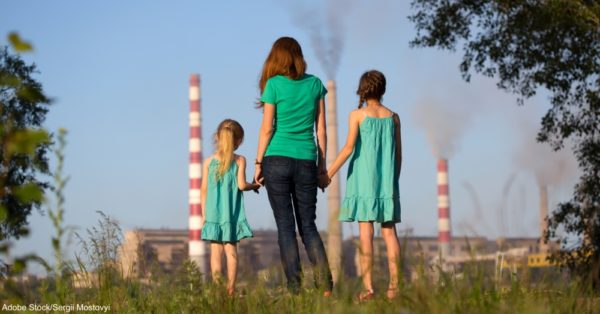 Don’t panic just yet, though. The study has only been performed on rats, so there’s nothing saying the results can’t be different for humans. More research will need to be done to prove that people will react similarly to rats.

There is also no proof that air pollution can cause diabetes, only a correlation between air pollution and the health warnings that precede diabetes. Again, further research in the future may be able to demonstrate exactly how realistic these risks are.

The other good news is that it’s never too late. If the study is any indication, the longer you breathe polluted air, the worse it is for you. Some symptoms air pollution causes in humans have been shown to clear up after the exposure to pollution is over, so there’s potential to improve your health by improving your air quality. If you have the means to breathe less bad air, do yourself the favor. Stay inside more during the hottest part of the day and avoid exerting yourself outdoors when pollution conditions are at their worst.

To learn more about other ways air pollution is harming humans’ health, read What We Don’t Know CAN Hurt Us!