If you have diabetes there are certain foods you might have been told to avoid. Maybe you love grapes, but worry they’ll send your blood sugar through the roof. Or perhaps brownies are your absolute favorite dessert, but you’ve given them up because all. That. Sugar.

However, if you’ve been living with the condition for a substantial length of time, you’ve likely been able to find a middle ground that’s achievable without driving you crazy and forcing you to miss out on all the things you love most. You’ve probably realized that you can, and should, still eat fruit because it’s an important part of a healthy diet, as it’s loaded with essential vitamins and minerals. You’ve likely even found an awesome diabetic-friendly brownie recipe that you pull out for special occasions. Because, seriously. Who can go their whole life without a brownie?

But the fact remains: there are certain foods everyone should avoid, but are of particular concern for people with diabetes. And, unfortunately, they’re often the most readily available and convenient option. What are they?

Processed foods. No, not all processed foods. We’re not talking about the wholesome foods we eat that have undergone some form of processing, like spinach that has been plucked and bagged, roasted nuts, or even canned tuna. We’re talking about heavily processed foods that have all sorts of hidden ingredients intended to either preserve the food or add flavor. Foods that no longer resemble, in nutrition, taste, or even appearance, what they once were.

While some of these foods are tasty, many are also a nutritional nightmare. Those that fall on the “highly processed” end of the spectrum are generally high in saturated fat, trans fats, sodium, carbohydrates, calories, and sugar. That being said, even though you might spot some foods you really love on the list below, there are plenty of healthy alternatives that are easy to make and cost effective. Take a look!

These “wholesome” bars are a lunchbox staple. They’re delicious and easy to grab on the go. Unfortunately, they’re also loaded with sugar and carbs. If you’re looking for a healthy on-the-go snack, consider tossing a serving of almonds, cashews, or walnuts in a baggie and leaving them in your car, purse, or desk at work. Almonds and cashews are believed to have anti-hyperglycemic effects, and research shows that walnuts help lower LDL cholesterol. 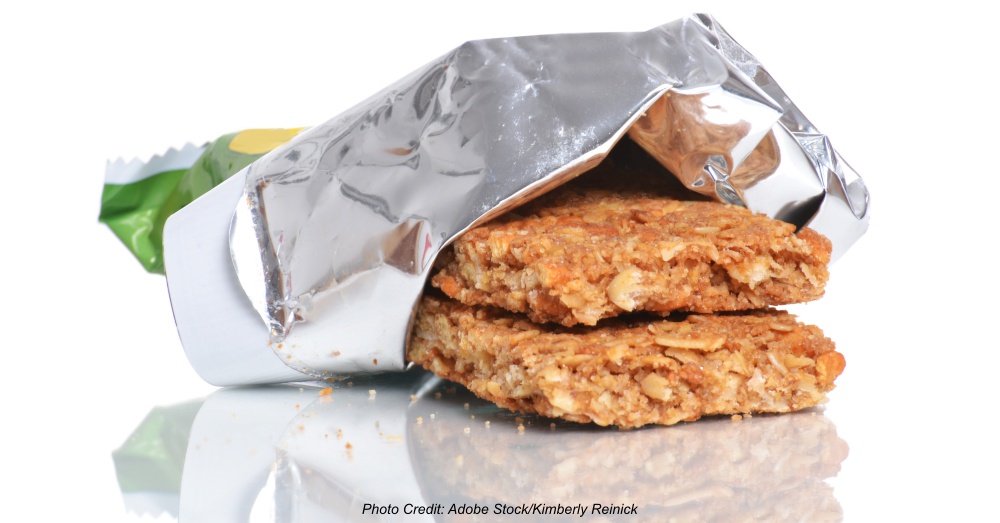 Convenient? Sure. Plus, usually they seem pretty balanced. However, they’re loaded with all sorts of additives, like sodium and sugar. Plus, they’re generally high in fat and calories. Try meal prepping at the beginning of the week, so all you have to do for dinner is throw some lean chicken and a bunch of cut veggies onto a single pan and bake. This works perfectly on a night you know you’re going to be strapped for time. Or, if you’re really in a pinch, head to the organic section of your grocery store’s frozen isle. They usually have a variety of healthier options with fewer ingredients you don’t recognize. 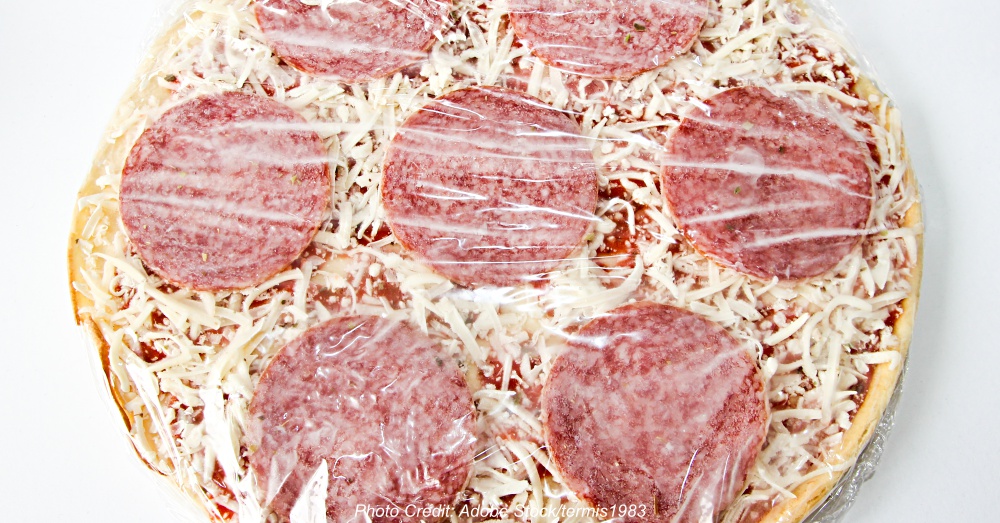 Despite recent trends that indicate Americans are beginning to drink more water than soda, we still drink A LOT of soft drinks. And it’s no surprise, as it can be one of the hardest habits to kick. However, it’s chock full of sugar, and studies show that regular soda consumption actually increases fatty deposits on the liver. Plus, there’s that startling statistic about how people who drink one or more sugary beverages each day, are 26% more likely to develop type 2 diabetes. While water is the best thing you can drink for hydration, if you’re craving flavor, consider green tea or a flavored soda water. 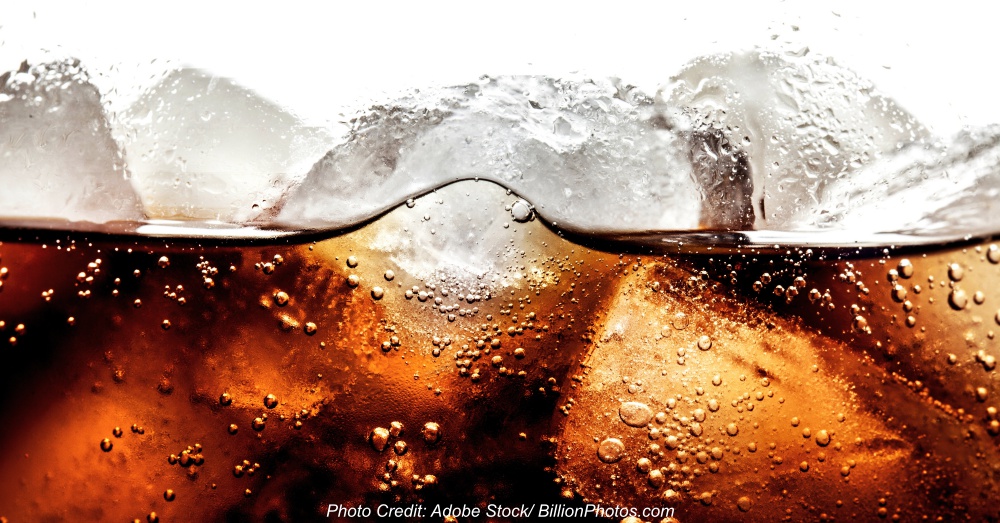 Potato chips were one of my biggest weaknesses. There are so many delicious flavors out there, but I was fine with just plain ol’ potato chips. However, they’re also packed with sodium, fat, and calories. They’re also lacking any real nutrients. Moreover, most of the time, they were a habit of absentminded eating– meaning I often forgot I was even snacking and before I knew it, half a bag would be gone.

Now, when I find myself craving a salty snack I pour 3 cups of light popcorn into a bowl. It’s much lower on the glycemic index and I’m saving myself a ton of empty calories and sodium. 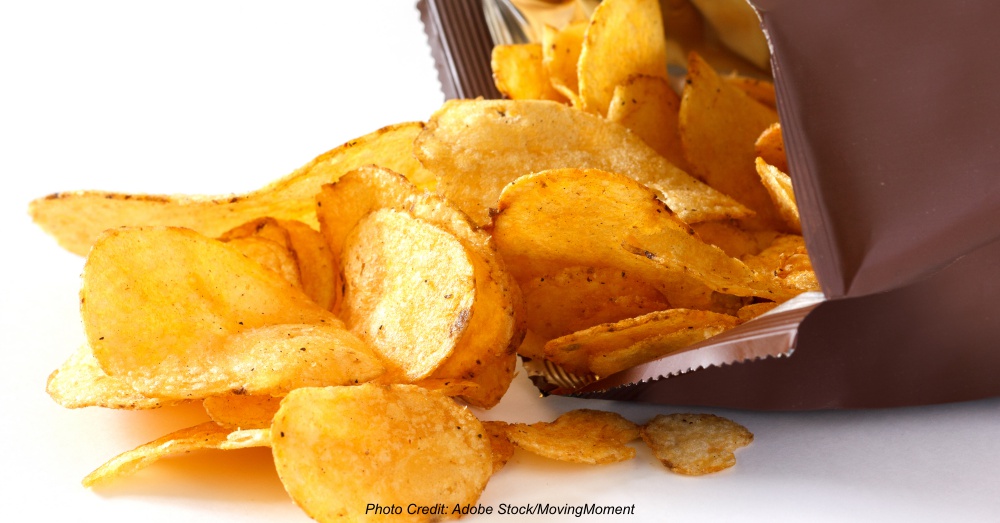 While fried chicken and fish and chips are pretty yummy indulgences, they’re also full of fatty, carb-heavy batter and preservatives. They’re also loaded with sodium, particularly if you’re eating out. Instead, opt to have your chicken and fish baked, grilled, or broiled. 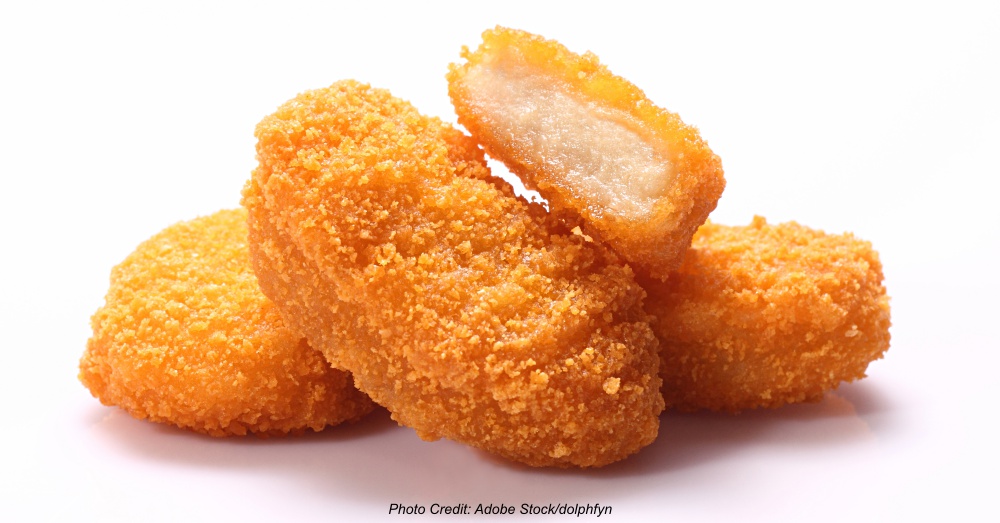 French fries are the classic accompaniment to so many dishes, and when you’re dining out, they’re frequently offered as a side. But you’re better off choosing a veggie or a side salad because even a small serving of french fries can wreak havoc on your blood sugar. Plus, they’re no slouch in the calorie department. If find yourself really craving them, try making your own. Substitute sweet potatoes and limit the amount of oil you use to prepare them, and you’re looking at a much healthier option. Just don’t forget to pay attention to condiments. Ketchup, for instance, is loaded with sugar and sodium. 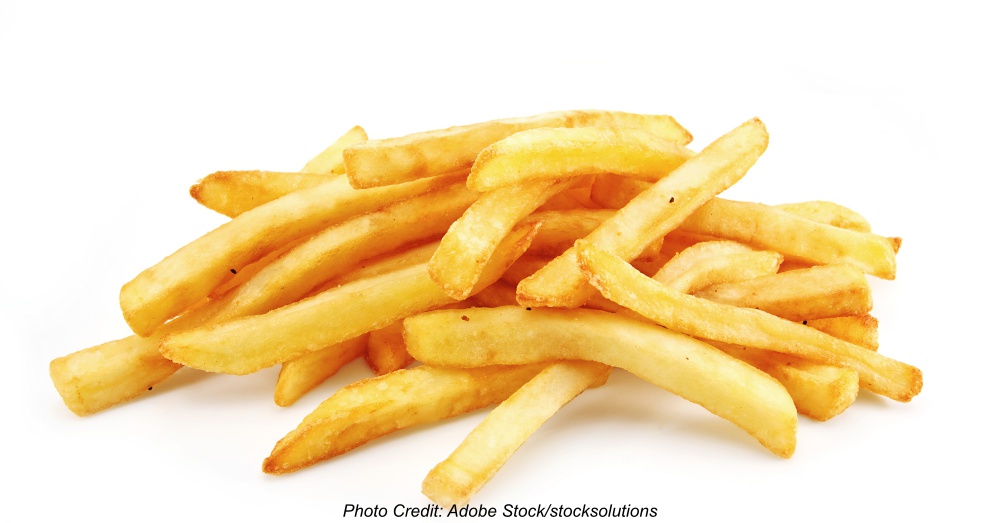 Many of us grew up eating sweet, sugary cereals. Some called themselves fruity, others vaguely resembled the taste of our favorite desserts. And while they were delicious (and the perfect addition to Saturday morning cartoons), they were also full of sugar and carbohydrates, and lacking in a lot of the nutrients our bodies rely on to fuel our days. Instead of those brightly colored boxes, consider switching to oatmeal with some fresh berries and nuts, or a cereal that’s high in fiber (try adding a sprinkle of cinnamon for a little extra flavor). Not only will it be significantly easier on your blood sugar, it will keep you full longer. 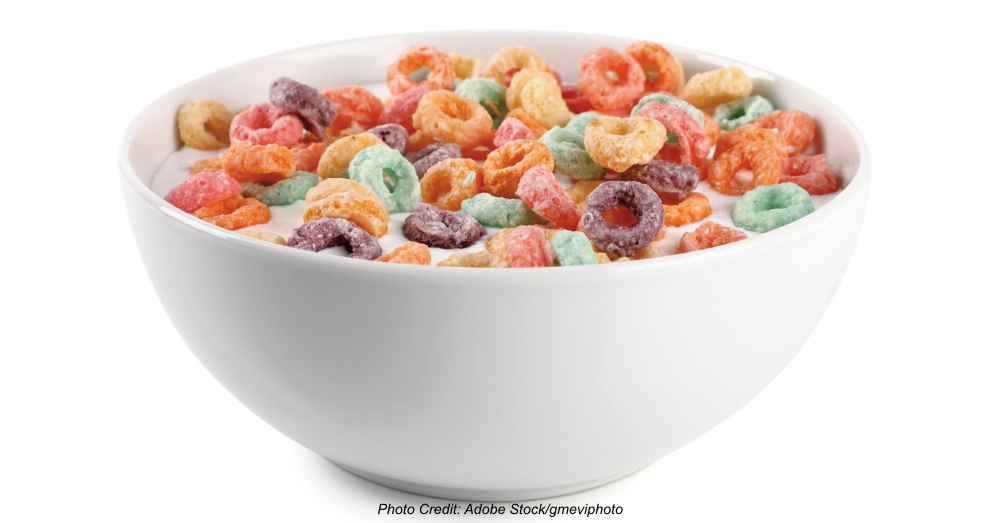 Cured meats, bacon, lunch meat, and sausage might be low in the carb and sugar department, but what they lack there, they more than make up for with sodium and preservatives. Consider choosing lean meats, and making sandwiches from leftovers. 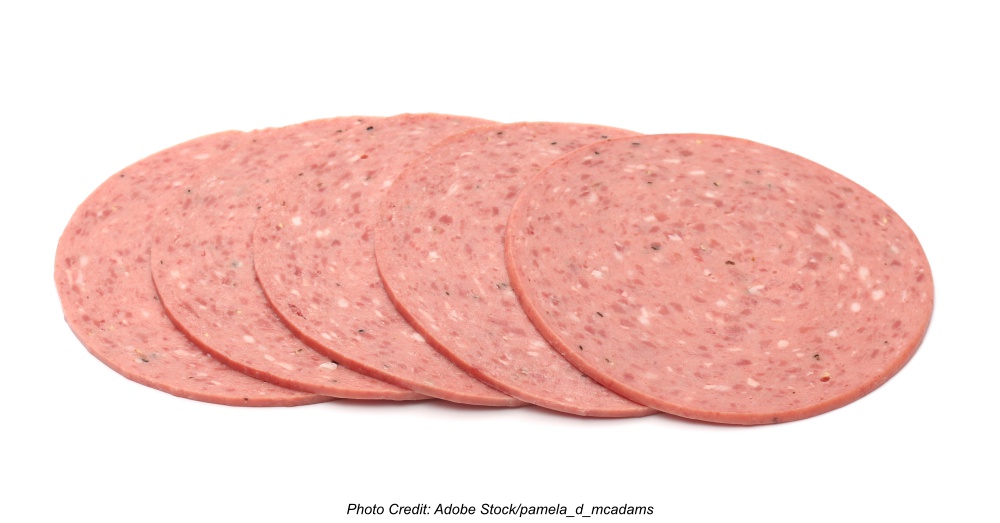 These gummies are more like candy than fruit. Even the ones that claim to be full of “wholesome” ingredients, vitamins, and “real fruit,” in reality, contain very little of those things (if any). Instead, they’re high in sugar and high-fructose corn syrup. If you’re looking for a snack to pack with lunch, consider real, fresh fruit. Berries, in moderation, are especially good for people with diabetes as they’re low on the glycemic index and full of antioxidants and vitamins. 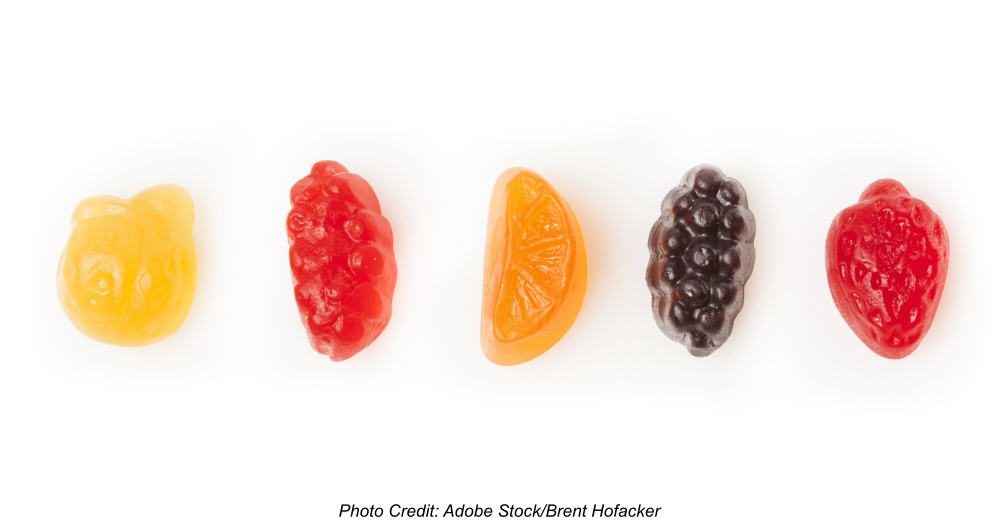