These elite guards are part of the 3rd U.S. Infantry, “The Old Guard.” For decades, the Tomb Sentinels have guarded the Tomb of the Unknowns 24 hours a day, 365 days a year in all types of weather or conditions. The skillfulness of the ceremonial Changing of the Guard is an incredible sight. With clockwork precision and sharp accuracy, the lone Sentinel is switched out every half hour with a white glove inspection of the rifle being held.

Being a Tomb Sentinel is one of the most elite posts a soldier can have in the military, and for the elite few who are chosen, it takes hours of dedication every day to perfecting their duty. However, no one is immune from accidents — not even the Tomb Sentinels — as one guard found out when the relief Commander accidentally dropped the rifle during the Changing of the Guard and put the bayonet through the guard’s foot. 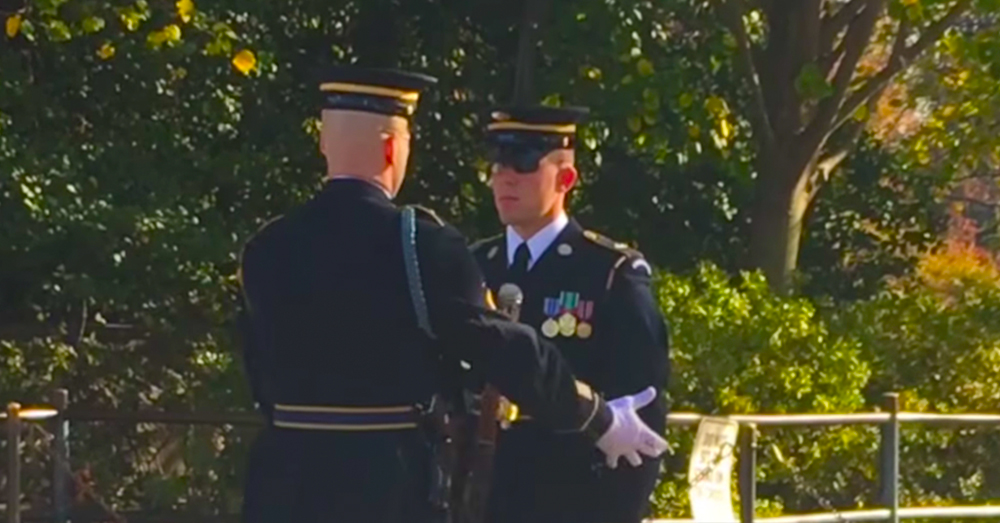 The rifle just slips out of his hands during the Changing of the Guard.

The entire incident was captured on video by one of the visitors to the Tomb of the Unknowns and can be seen below. During the Changing of the Guard, the relief Commander was doing the white glove inspection of the Sentinel’s rifle. In an extremely rare accident, the rifle just barely slipped in his hands. But that was all it took for him to lose control and for the rifle to fall with the bayonet pointed straight down.

The two guards kept their composure the whole time, which they are trained to do. The whole thing lasted only a moment, but in that moment, the bayonet pierced the Sentinel’s boot and went into his foot.

The relief Commander immediately regained possession of the rifle and the two men carried on with the Changing of the Guard. They finished the inspection. They marched in perfect rhythm. Only two things gave away what had really happened: a momentary flash of pain on the Sentinel’s face when his foot was accidentally stabbed, and the blood coming out of his boot as he marched on and finished his watch. 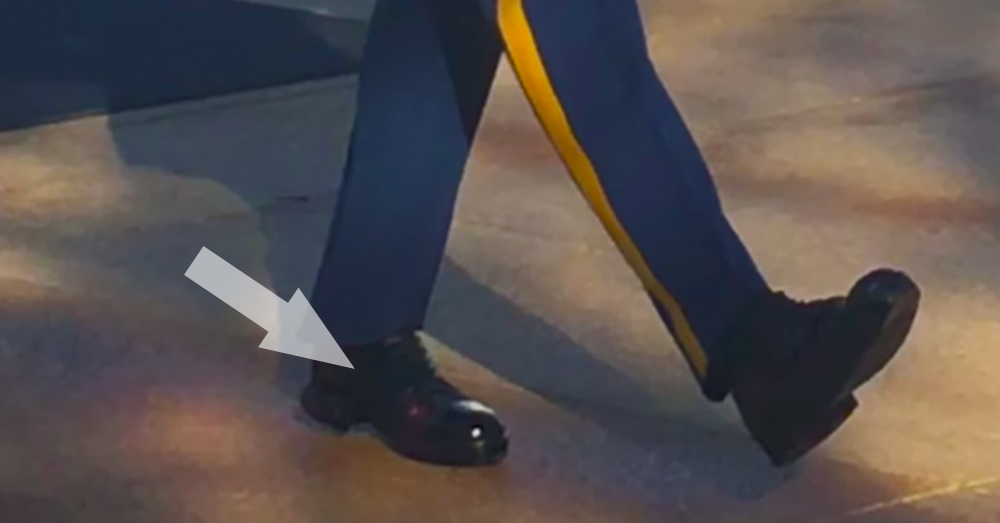 Blood can be seen coming out of the Tomb Sentinel’s boot where he was stabbed.

Even something as painful as having a bayonet go through his foot wasn’t enough to make the Tomb Sentinel break his solemn watch. It was a display of unrivaled professionalism and dedication, and it showed just how elite the Tomb Sentinels are.

The badge required to become a Tomb Sentinel is one of the most difficult badges to earn in the U.S. military, and only a tenth of the soldiers who try to earn it ever obtain the badge. The dedication they have for their post can be seen daily as they never stop guarding the Tomb day and night, in rain or snow.

The dedication of the Tomb Sentinels has been seen before, as they defied the weather to continue standing guard through hurricanes Irene and Sandy, as well as snow storms and other conditions that would drive others to shelter.

Watch the amazing fortitude of the Sentinel in the video below!